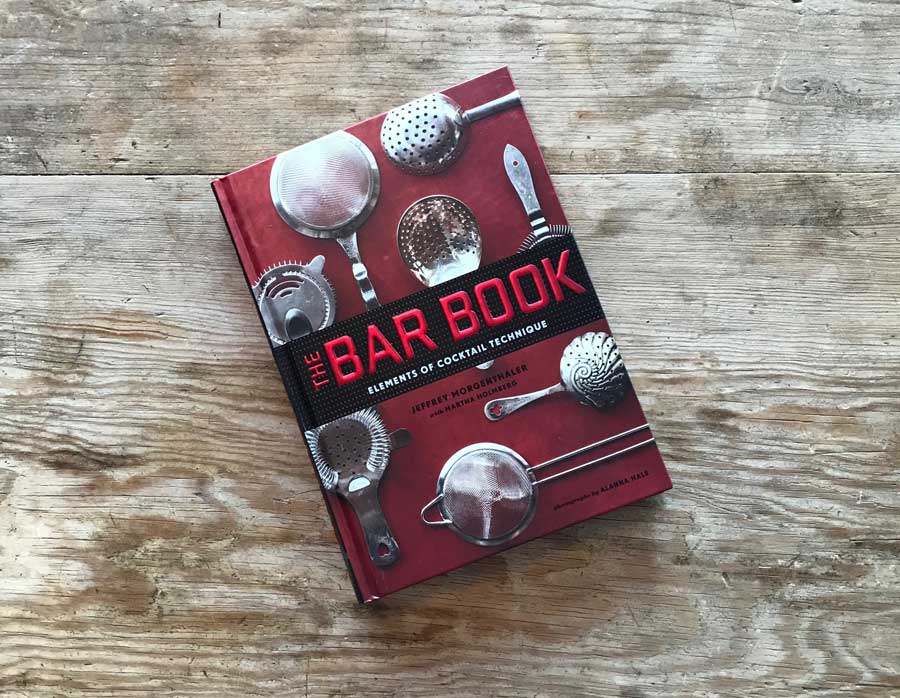 Bar guides come and go, but occasionally one comes along that proves itself among bartenders as a real compendium of their craft. One example is American Bar by Charles Schumann. More recently, everyone got a bit excited about the PDT Cocktail Book. But now there is another book that looks destined to take a space on every bartender’s shelf – Jeffery Morgenthaler’s The Bar Book (Chronicle Books).

The premise of the book is simple – technique matters. Instead of having a chapter on each spirit that includes a whimsical story of being “behind the stick” and a few choice cocktail recipes, Morgenthaler (along with co-author Martha Holmberg) has written a guide for those looking to up their game in a very real way. A bartender can have a great recipe, and pick out the finest ingredients on the shelf and still serve an awful drink. Really, while all great cocktails require a balance of recipe, ingredients and technique, the last is the hardest to learn, and thusly the one least discussed in shelf after shelf of cocktail books.

A far geekier option than most, written in a cool and conversational style

An example of the exacting nature of The Bar Book can be found in a two-page spread (complete with charts) that debunks some commonly held beliefs on juicing lemons. Some hold that to get the most juice from a lemon it should be rolled and pressed against the bar while others say it should be chilled. Some claim it should be warmed, and still others hold the secret to getting the most juice is some combination thereof. Rather than just pass on some conventional wisdom, Morgenthaler sets up an experiment to compare the output of four different groups of lemons. Each group was treated in a specific way prior to juicing, leaving us with a definitive last word on the best methodology. I’d tell you the results, but I’d hate to spoil a good story (Snape kills Dumbledore). 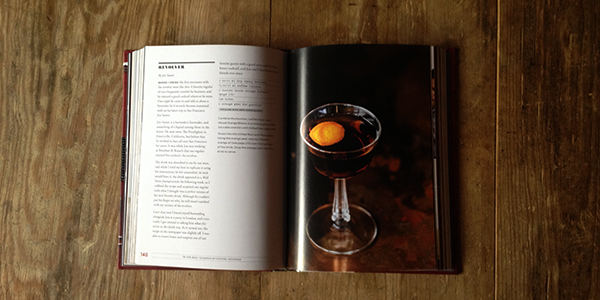 While this makes The Bar Book a far geekier option than most, it’s still written in a cool and conversational (and notably PG-13) style. A reader will be treated to concise information about the stems and stylars of limes, impassioned asides about the superiority of the metric system and how many units of energy are required to properly chill a cocktail (about 80 calories.) This might sound too geeky, but really it’s just right when mixed with Morgenthaler’s writing. One can almost imagine him making your drinks while explaining the differences between a Boston and a Parisian shaker, all with a sly and likable smile.

A reader is going to find a lot of useful information in The Bar Book. I learned the true origins of the Tom Collins (originally called a Tim Collins, but after being modified to use Old Tom gin it was given its modern name), how to make tonic water (this alone is worth the price of admission; Morgenthaler’s tonic recipe has long been central to his notoriety, but he turns his back on his former recipe for something quite a bit better), and a master class on ice (a section that should be required reading for anyone considering a career in bartending).

A thoughtful guide to that focuses on the actual bartending

It would’ve been a lot easier for Morgenthaler to just look up (or make up) some cocktail history, put together some recipes and call it a day. Instead he’s put together a thoughtful guide to bartending that focuses on the actual bartending. There’s long been need of a book that doesn’t just tell you to stir a drink or to shake it, but one that tells you why and how to do it properly. If this book reduces the number of hard-shaken Manhattans, then the world has been made a better place.

And this is what makes this book work over so many others – it’s earnest. Morgenthaler wants to cut through the “b.s.” and teach us all how to make better drinks. The Bar Book never comes off as preachy or superior – instead it feels as open and gracious as a good bartender. While some bartenders have become more like the record store clerks in High Fidelity, Jeffery Morgenthaler just wants people to make better drinks and maybe even learn something in the process.