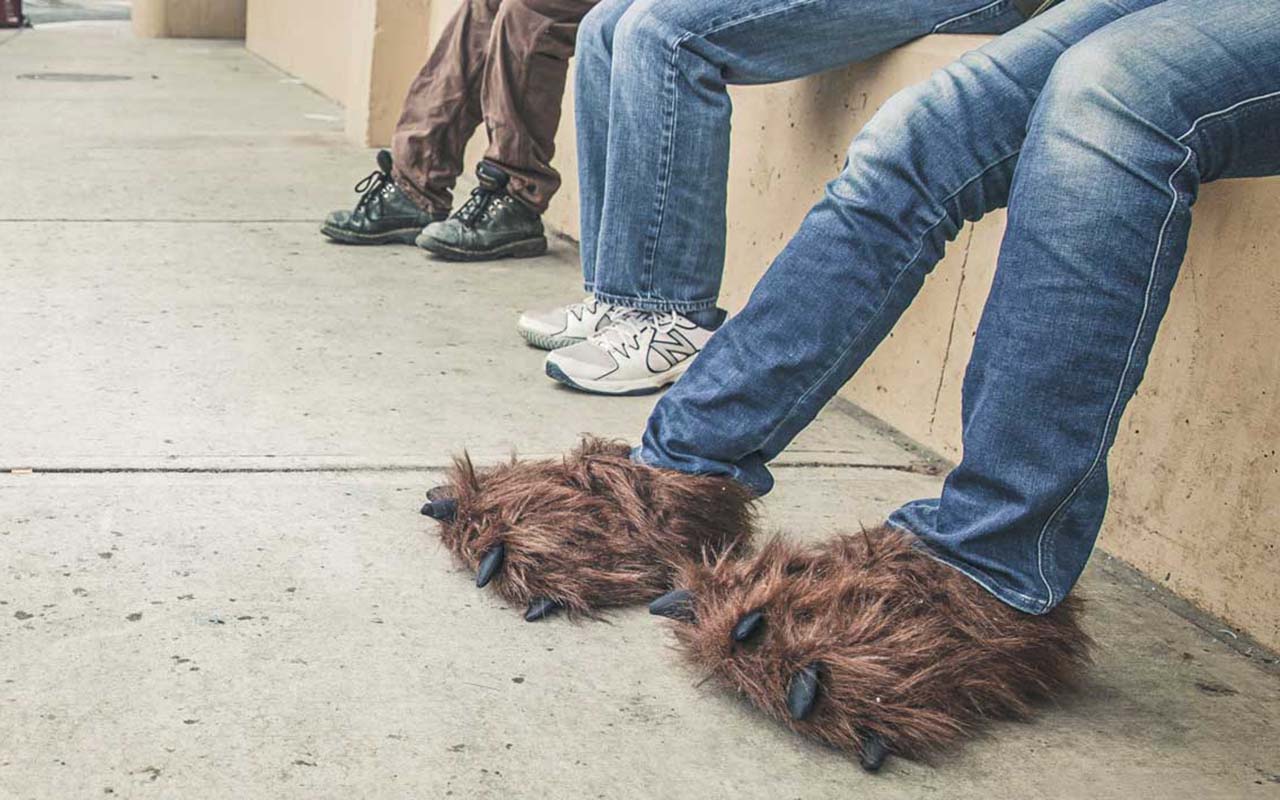 It’s no joke that I’ve blown through old chef shoes almost as much as I have ex-girlfriends. Over twelve years of my life spent in kitchens, I’d become cynical that a perfect pair actually existed. As design flaws and comfort concerns would emerge, without hesitation I was off to a different pair. Turning my back and pursuing new brands only caused more failed dealings. Miraculously, I have finally found that impeccable shoe. You may think it’s the honeymoon phase still, but I know this is true love.

Slipping everywhere like Tom Cruise in Risky Business, my grubby New Balance sneakers were simply comfortable. It was my first summer job and I was a dish-pit rat at age 15. Barely comprehending how to stand ten to twelve hours straight, I didn’t think that chefs had specifically designed shoes.

My next summer job, I had “moved up” in the culinary world. Rushing around, learning prep tasks, I pushed on in my same grubby running shoes as the last summer. My new Chef expressed, “Listen kid, to become a chef, you’ll need to grab some non-slip shoes.” I complied my next day off and found some chef shoes. As long as they’re black and allegedly non-slip, these cheap-ass knock-offs were mine. They were dirt-cheap, I was a broke teenager, so who gave a shit?

Three years later, the shoes had lasted longer than the job did. I left my high school job, but those knock-offs came with me to college. Working the line cook position at a top local restaurant, I figured my shoes were still sufficient. In hindsight, their worn leather with holes along the toes looked goofy. Once again, a new head chef ridiculed my shoes.

He suggested I get real chef shoes, like a well-known brand such as Dansko. To this day, I scratch my head wondering why. I wish I could go back and tell him, “My ankles hope you shove that Dansko suggestion up your ass, Sir.” Those open backed, raised heel, pieces of shit ruined my ankles – and my idea of chef-specific shoes. Each time I pivoted, my ankles rolled the opposite direction. I imagine it was a lot like a supermodel trying to cook in a pair of pumps. I wouldn’t know; I’ve never worn high heels – except for the clunky Danskos.

Still broke and stuck in the Dansko stilts; my part-time job’s paycheck was measly and thus not financing another pair of chef shoes. Finding myself more inclined to save for each weekend’s party with hot sorority girls, I improvised. Borrowing my Dad’s electric ban saw, the raised heels sliced right off! Like a mad scientist with a blowtorch in hand, a red-hot knife melted sweet-ass crosshatch-grips into the soles. They looked fucking stupid, worked just as shitty, but at least I wasn’t rolling my ankles as often.

Once I graduated college, the Dansko pair went immediately into the trash. With my first ‘real-world’ paycheck, I bought a pair of Crocs in replacement. A famous round-bellied, red-bearded chef convinced me they were the coolest. Mine weren’t orange, but regardless, this decision seemed precarious.

No chef shoes should intentionally have holes along the fucking toes! Let me repeat, chef shoes should not have fucking holes, period. I should have thought twice about that. Even after a chef knife sliced through the rubber like a hot knife into butter, I was clearly still ignorant to common sense. I kept wearing them. A few weeks later boiling stock spilled, drenching my socks and badly burning my heels to toes. Finally accepting defeat, my newest pair of chef kicks was officially condemned as worthless.

Lost, confused, and clearly looking for love in all the wrong soles. As I bandaged my burns, I packaged my life up to move to New York City. For ten bucks, I slipped on an oversized pair of knock-offs called Shoes for Crews, a patch-me-over pair to get me settled into my fresh new start.

Every chef at my new job on the Upper West Side rocked Birkis. I didn’t even know Birkenstock made chef shoes. I borrowed a pair from a co-worker on his day off. Comfortable enough as a hard, clunky version of slippers could be, I felt relaxed in them. I bought a pair. They took a few weeks to break them in and numerous foot cramps to overcome.

Shy of four years later, they were forced into retirement. They weren’t worn out; they just didn’t fit the next endeavor. For weeks I tried justifying their clumsy, unbendable design. Fact remained they couldn’t fit into my backpack for traveling the world. Space utilization was crucial now and thus my Birkis and I had to split up.

Still today, they’re left wrapped up in a small box. The box holds my favorite pants, my Birkis and my $230 Akifusa – which I refused to have lost or confiscated while traveling – all waiting for my wanderlust to fade and my employment status to become stationary again.

The Birkis got replaced with a pair of backless Timberlands I strapped onto my backpack. The Timberlands worked… ish… but mainly it was like placing a finger in a leak. Regardless of good or not, I was stuck having to still carry two pairs of shoes – one street, one chef.

Then… last week… I finally found them! The shoes of my dreams.

No more raised heels breaking my ankles.
No more falling my feet out of open heels.
No more slippery soles, open-holed toes, or clunky dimensions to hassle with.

I strapped on a pair of “The Naturals” by Mozo and haven’t worn anything since! Mozo is part of Deckers Outdoor, a California-based shoe conglomerate whose brands include Teva and Tsubo, among others. The Mozo shoes are slick, stylish, and best of all, made for chefs because they are designed by chefs! For a change, this world has chef shoes that don’t fucking suck.

All the same design features –non-slip, easy to clean, comfort support – but executed with excellent forethought towards performance on a 24/7 level. The Naturals look like a pair of fashionable, leather high tops meant for late night partying on your feet. Their cushioning is superbly comfortable, taking merely a day to break in fresh from the box. The leather exterior is easy to wipe clean. They took the time for nuances like top-caliber chefs do with plating – the interior fabric looks like it was cut straight from my pinstripe chef pants.

Now, I lace up my Mozo kicks each day. I already sent Goodwill my donated hiking shoes and those lackluster Timberland chef shoes. My day-to-day shoes now have the same anti-slip oil-resistant soles I need in a kitchen. My chef shoes now have the style and comfort to wear as I’m walking foreign streets across the globe. There is no need for me to take another pair of shoes traveling across the world… that is until I touch down on Antarctica.