The Evolution of Gabriel Rucker

The Evolution of Gabriel Rucker

THE EVOLUTION OF GABRIEL RUCKER

Gabriel Rucker, Portland’s chef darling and two-time winner of The James Beard Award, has never stopped evolving. From his early days as an 18-year-old line cook through the creation of his award-winning restaurant Le Pigeon and its sister restaurant Little Bird Bistro, Rucker has never sat on his laurels.

Now, at age 35, Rucker owns two highly successful, critically acclaimed Portland restaurants, is married with two children, and has a baby on the way. How does he manage to balance being a good father, husband, chef, and restaurateur? Priorities … and a knack for evolution. 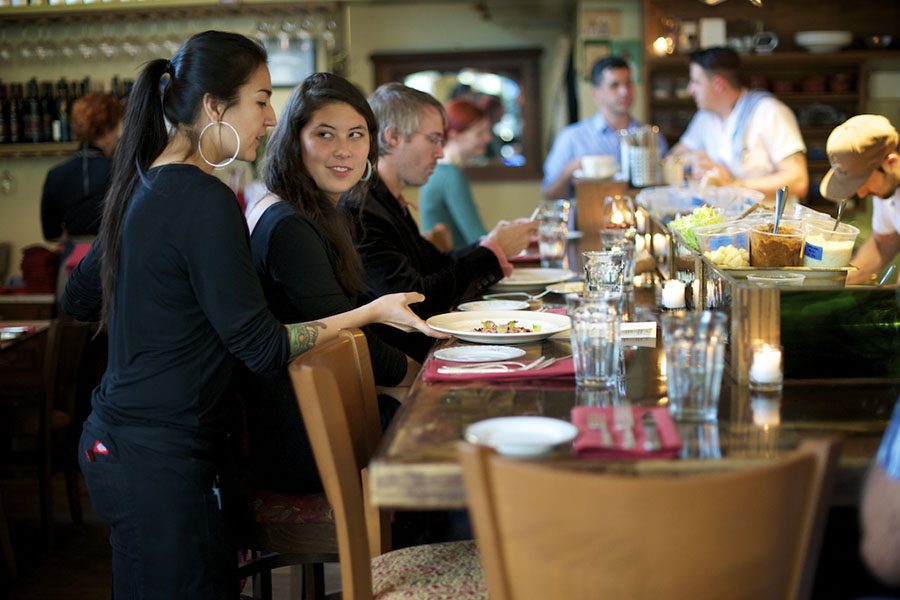 When Rucker first opened Le Pigeon in 2006, he was a 25-year-old kid with his hat on backwards, drinking Miller High Life on the line, cooking people dinner. These days, whenever someone walks into Le Pigeon, they expect to be amazed. If a dish is simply good, it falls far short of that mind-blowing experience that his patrons have come to expect. That pressure doesn’t seem to faze him, though.

Rucker has evolved right along with the rising expectations, both as a chef and as a man. He no longer heads to the bar after a long night creating some of Portland’s most inspired dishes.

“I used to not be able to go home, even if I was already drunk at work,” Rucker recalls. “I had to go to the bar to wind down. Now the idea of going to the bar after work is, like, horrific. It took a lot of work to get there. I really came close to flushing it down the toilet, as many times as I could, but I just pulled through and really cleaned up my act right when I needed to.”

How does he manage to stay on top of America’s culinary world after over ten years of turning heads?

Rucker has always held himself to high standards. The accolades and the expectations haven’t changed his approach to creating new and interesting culinary masterpieces. Perfection has never been his aim.

He calls it Jewel – pronounced with as thick a French accent as one can muster – and it originated with a joke. When Rucker was a kid, he was infatuated with the singer-songwriter Jewel, whose teeth are famously crooked. His sous chef turned to him one night while preparing a dish that didn’t quite look right, and asked Rucker to taste it. 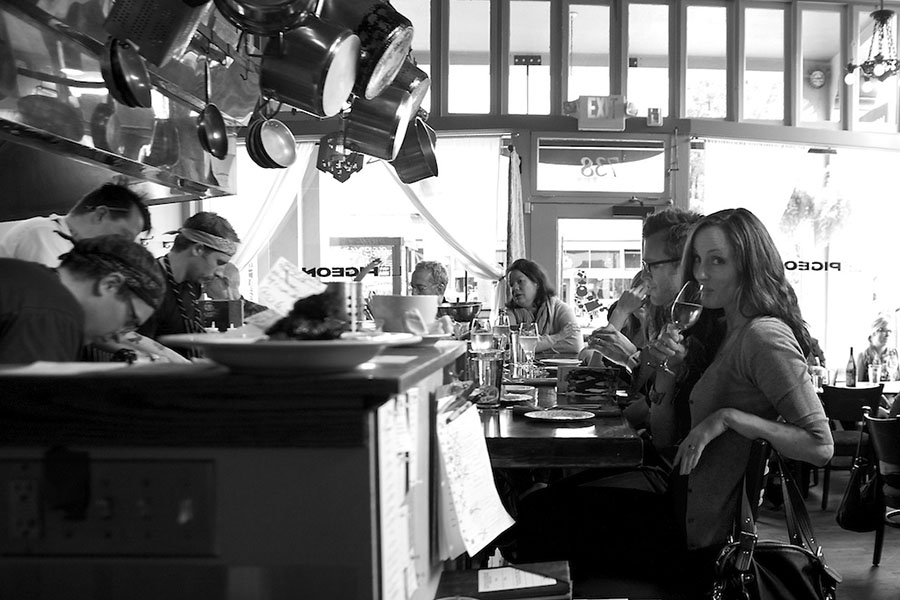 “It’s perfect,” Rucker said. “It’s like Jewel’s mouth. It’s a little fucked up, but I wouldn’t change it for the world.” It is this embrace of life’s small imperfections, both in the kitchen and the outside world, that Rucker says keeps him sane. And it’s within these imperfections that he finds his inspiration.

Rucker’s advice for up-and-coming chefs looking for a taste of what he’s accomplished?

“Don’t look for the perfect job,” he says. “Find a place that makes as many things from scratch as you can. Go in, hang out, and stage.” Staging, from the French word stagiaire, is a type of working interview in another chef’s kitchen where the prospective cook is able to follow and to learn, as well as show off what they already know.

According to Rucker, attitude is the most important component of a successful chef. The line cook who is always smiling, who asks questions, and who isn’t afraid to step up and take on any and all responsibilities is the cook who learns the most. At the same time, however, Rucker cautions cooks to be patient.

“As long as you’re learning and being pushed, you’re in a good spot. As soon as you aren’t being pushed and you lose that motivation, it’s time to move on. Have absolutely no misconceptions; it takes a lot of skill, a lot of hard work, and a lot of skill – and then a shitload more luck.”

While Rucker may credit both his luck and his timing, one thing is certain. He has worked hard in his blazing ascent to the top of Portland’s food scene, both personally and professionally. He wakes up at 4 a.m. daily. He gives himself the time he needs before work to be with his family. He constantly seeks inspiration from the world around him. He knows where his strengths lie and how to focus on his priorities.

“I love restaurants. The interactions are great. There’s the energy, and there’s creation happening, and you’ve got people who are excited to come in and create with me and we’re able to work in a place where we can listen to the music we want to listen to, and crack the jokes we want to crack, and yet still be really serious and passionate about what we’re doing. I create the world I want to exist in.”

There’s nothing better than that.

Stephen Helgeson has over 15 years working in restaurants as a cook, server, bartender, and dishwasher. He’s lived all over the country plus a brief stint in Southern Italy. He loves to write and tell stories. Stephen has been based in Portland since 2016.