The 6 Types of Restaurant Regulars 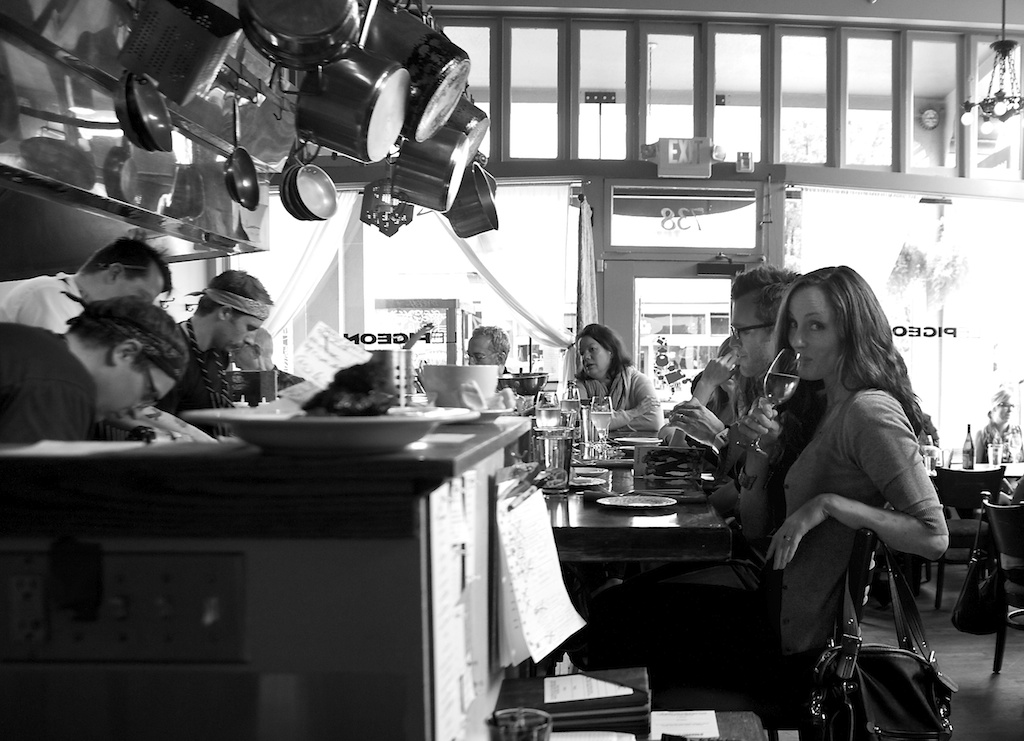 The 6 Types of Restaurant Regulars

Every good restaurant has its own cast of regulars. These are the guests you know well enough to either get their drink ready or to hide the Laphroaig. In either case, it’s the restaurant regulars that keep many places alive. They spend good money, leave good tips, and occasionally bring in other guests for business or pleasure.

While some regulars can be a bit much, most are like members of the restaurant family. Here’s a quick rundown of the major regular characters you might already have in your dining room.

The Martini Mom.
She lives within walking distance and it shows. Her general habit is to grab a seat at the bar and wash down the warm memories of raising children with chilled gin served with a twist. She loves to talk about her kids, too – how they’re doing in soccer, their grades, that boy the oldest one keeps texting on SnapGram “or whatever that is.” Go ahead and move her preferred gin from the shelf to the well, because if she starts talking about the cost of college you’re going to need it close at hand.

The Cheerful Compulsive.
He always wants to sit at the same table every time – in fact he might be willing to wait until it comes open. He always orders the same drink, the same meal and leaves the same tip. Despite the A-Level obsessive compulsiveness, he always seems to be having a pretty good time.  And hey, if a little repetition is what he needs to suppress the existential dread, good on him!

The Banterer.
He’s quick with a joke, and wants you to know it. Everything he says is some kind of obscure joke, or at least sounds like an obscure joke. He’ll ask the chicken’s name even though that joke was run into the ground well over 6 years ago. He’ll take any opportunity to make a dad joke or questionable pun. He’s clearly divorced.

The Co-Worker’s Partner.
This one can go either way on you. Sometimes they’re just chilling at the bar waiting for the shift to end. Sometimes they are sitting at a table staring daggers at everyone who speaks to their boyfriend or girlfriend. It’s 50/50 between integrating this regular into the staff social circle or holding some kind of intervention. Proceed carefully.

The “Are You Still Serving?” People.
Every restaurant has at least one guest who insists on coming in at 10 minutes to close. At first this behavior is annoying to rage-inducing, but after a while everyone knows the score. The guest will come in, order cooked-through salmon with a lemon and everything on the side, drink exactly one and a half glasses of Chardonnay and will leave a 20% tip. The server and the cook will know exactly what to do and once the food is out they’re free to have a drink and trade phones and play with each other’s Tinder profiles.

The “Used to Be in The Industry” Guy.
He’ll hang out at the bar and try all the cocktails. He’ll look at the wine list and never order a bottle. If you’re not careful he’ll hang out too long and try to sneak into Staff Meal. On the other hand, if you need an honest opinion on a new dish, or just want to bitch about the Industry, he’s more than happy to help. Be super extra-special nice to this one, he just misses you…