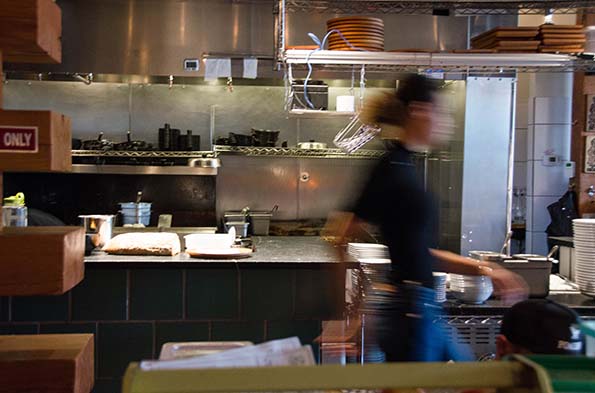 Once you’ve worked in the Food Industry, for better or for worse, you’ll never be the same. Even after a year of living through a global pandemic, you still haven’t shaken some food industry tics. Luckily, with businesses reopening, you might not have to.

Most restaurant tics aren’t so bad – and some are even positive (knowing how to tip for example.) It’s these little behaviors that set us apart from the rest of polite society. Here are some Food Industry Tics you’ll never lose, and why they’re awesome.

Shouting “Behind You” when carrying something.
There are dozens of variations of this one. Some people just say, “Backs Backs Backs.” Others shout “Corner” when turning through a door. I’ve done this at the grocery store over and over. At first I tried breaking myself of the habit, but… it’s hilarious to see the day-walkers jump out of my way as I move through an aisle while balancing a package of fig newtons and a 6-pack of Old German.

“HOT PAN!”
Trying to cook at home with me is either awesome or a nightmare. If you’ve worked in a kitchen, you’ll love how I communicate and move around. If you haven’t, you’ll probably feel like I don’t trust your basic object awareness or common sense (I don’t. You’re under qualified.) And don’t even get me started if you go to put a knife in the sink.

Instantly knowing what 20% of any total is.
It’s not even math any more – it’s immediate direct knowledge. You’re basically Rain Man for calculating this one thing and almost nothing else.

Finding typos in everything.
If you worked someplace that frequently updated menus, you’ve developed the ability to spot typos faster than you can say “covfefe.” You can’t go out to eat without having your eye start twitching whenever you see “Ceaser Salad” or a “Tomatoe.”

Oh, and “Ice T” is the guy on Law and Order SVU, not a beverage. 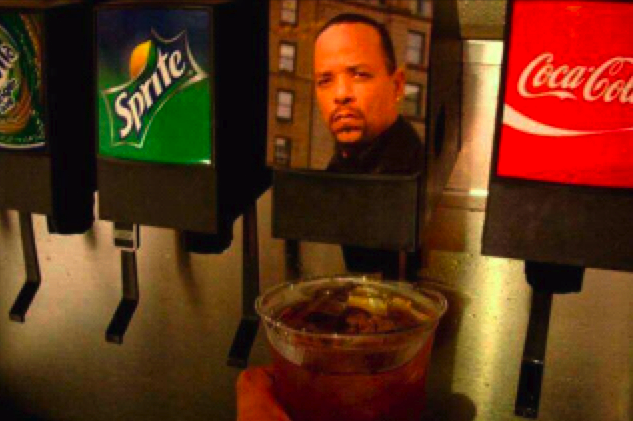 Being overly organized when cooking.
When making a sandwich, I lay out two slices of bread, lunch meat, cheese, lettuce, ketchup and mustard. I have everything in a tight little row, too. I’m basically unable to make anything to eat without pulling out all the ingredients first, reviewing them, and then putting them together. What makes this in any way striking is I’m an organizational hot mess on every other level.

Using the restroom when you can, instead of when you have to.
A seasoned restaurant veteran rarely gets caught in an emergency. In life, just as when on shift, you use the restroom based on access rather than whatever is happening in your bladder. The benefits of this are obvious, especially when attending concerts, sporting events or commuting on the C Train (hello New York, I miss you!)

Having strong opinions about well liquor and cheap beer.
It’s one thing to have an educated opinion of the best Barolo vintages, it’s another to know that Budweiser is oddly sweet in comparison to Old German – or that Montucky Cold Snack is an abomination against all that is good and holy. Even further, knowing your way through cheap gin (Gordon’s for the win) and Whiskey (Dickel Rye anyone?) is going to serve you very well in life.

You can communicate basic needs through eye contact alone.
Hell, a sign of once having worked in the industry is that you can make and sustain eye contact with another human at all.

You’ll eat off your friends’ (and soon to be friends’) plates.
This likely violates everything the CDC currently suggests. Actually, this likely violates everything any medical professional has suggested since Louis Pasteur. Back in the “Before-Times” crew-chow-family-meals and community-fries had broken down the social convention of not eating off other people’s plates, or for the truly grizzled veterans, using other people’s silverware to do so. Of all the tics on this list, we might want to go ahead and let this one go.

Got any other food industry tics you’d like to share? Send ’em along to us at: blog@poachedjobs.com