Safety Third! Things in your kitchen that’ll cut you 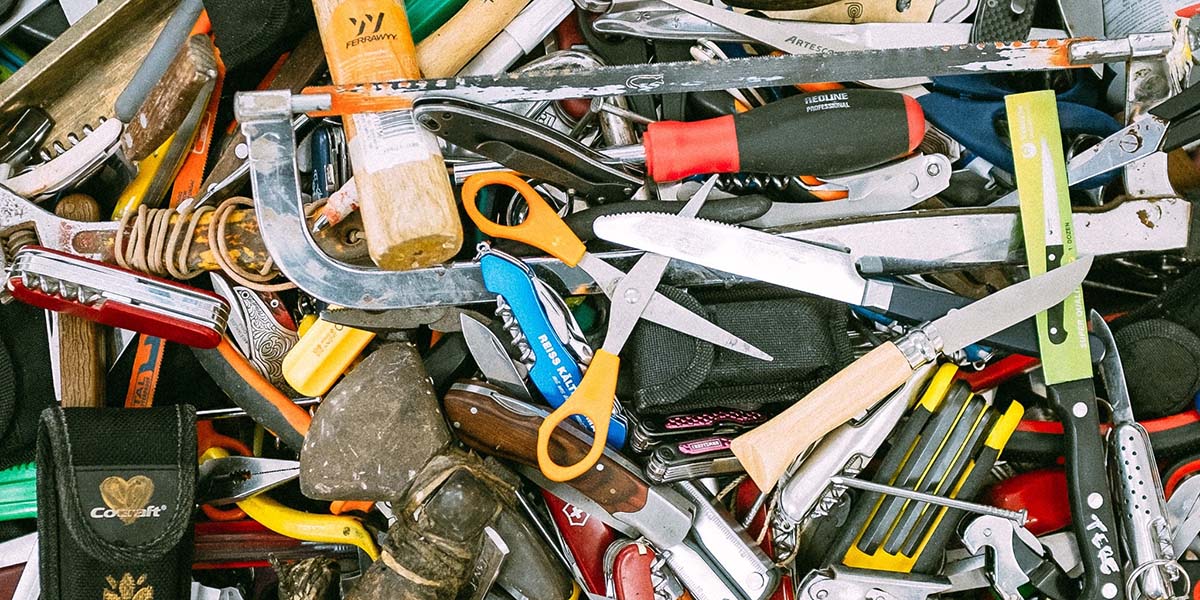 Safety Third! Things in your kitchen that'll cut you

Cutting yourself while working is a rite of passage in the restaurant industry. According to some, you’re not a “real cook” until you’ve seen your finger-pad bloody-side down on a prep table. Once you’ve honed those knife skills and learned your way around a kitchen, the number of cuts, slices, contusions and punctures you’ll endure drops precipitously. But everyone has at least one good war story that gets a little better after a couple of rounds at the bar.

Here are the five most likely ways you’ll cut yourself in the kitchen:

1) Shitty bread knife
Cheap bread knifes are far too common, and I’m not talking cheap – I’m talking cheap-cheap-cheap. A Foreschner or a Mercer is good enough for not much money, but owners and kitchen managers still manage to dig up bread knives that somehow cost less. Every warped edge and bent tooth is a testament to the absolutely bottom of the barrel quality found in these insidious finger gougers.

2) Sleep deprivation
Nothing will cut you to the quick like missing a night or three’s sleep. But what’s a finger when you can work three 12-hour shifts in a row and still go out to see Action Bronson?

3) “The Ticket Stabber was moved by the damned host. Again. It’s supposed to be 25 inches from my station. I know because I grab 200 tickets a night and stab them one by one in a swift arcing motion. It’s nearly a reflex, by now, and something my body just does for me, like breathing or frowning. But no, Carl had to come over and make “small talk” about some indie band called Jenga Hang Glider or something. His busy little hostey hands just had to move the stabber. I hate Carl. Anyone got gauze?”

4) Modernist Cuisine
Modernist cuisine has brought us a great number of interesting and exciting innovations: Olive oil powder; spheres of foraged moss; razor sliced rounds of green almonds that require laser-like precision during the rush while Chef is yelling at you.

5) Benriner
There may be no other kitchen tool more responsible for spilling blood than the simple Benriner mandolin. I’ve never seen one for sale in a store because they likely violate at least a half-dozen consumer protection laws. For the uninitiated, a Benriner is nothing more than two pieces of plastic with a stainless steel blade in the middle. It comes with a “hand guard” that is best held firmly in one hand, between the thumb and third finger, and then tossed into the garbage as you laugh at its near total uselessness. You have been warned.