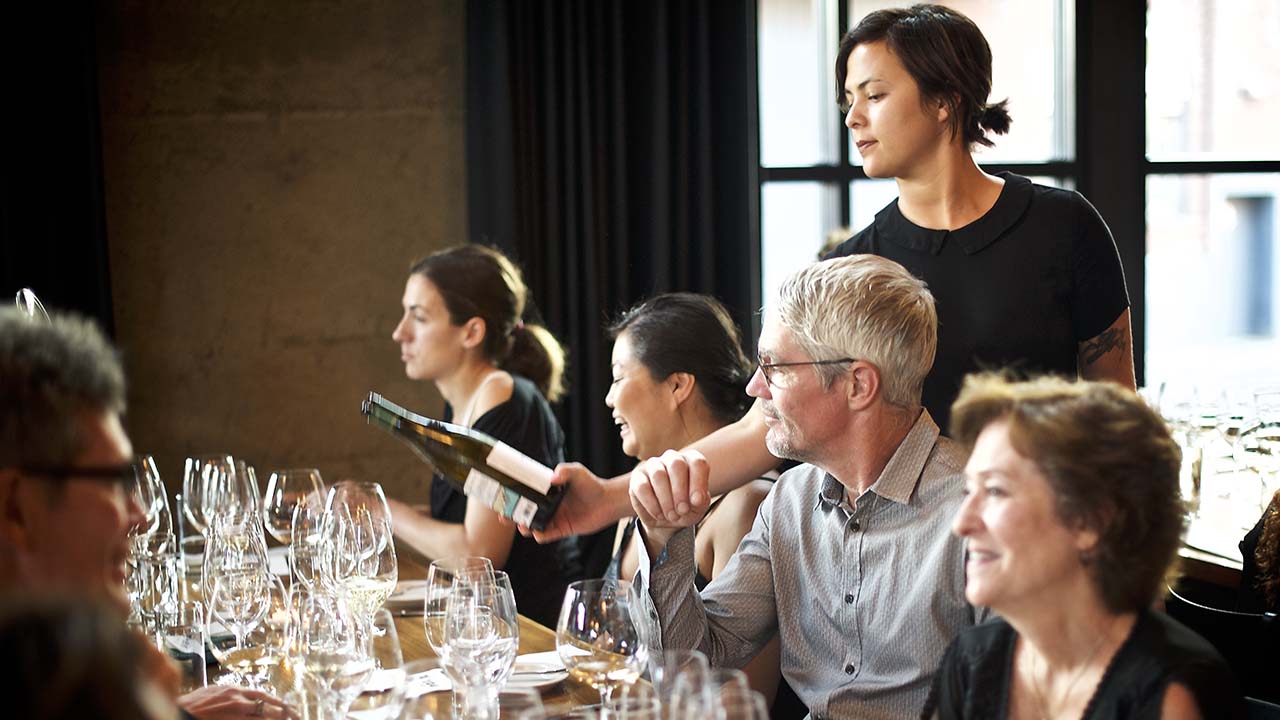 I’ll admit it – when I was given the job of writing a wine list I had no idea what I was doing. I had studied my wines, sat for tastings, traveled to meet wine makers, and learned the basics of viticulture and enology. I had learned to properly spit, write less-then-florid wine notes, and pronounce most French words for “dirt.” All that, but I hadn’t learned the most important skill: how to write a money making wine list.

Here’s a few of the things I learned on the way to making my numbers and not getting fired:

The Sommelier’s Dozen
Whenever I bought a case for the purposes of pouring the wine by the glass, I costed it as 11 bottles instead of 12. This allowed me to open one bottle and sample it for the staff without hurting my numbers. It’s more of an accounting trick meant to ensure good margins, but building it into my costs reminded me of two things: it’s important to sample wines for the staff and nothing is free.

Play to your audience – within reason
I worked for a restaurant with deeply French influences. This meant there was more “St Emilion” on my list than “Merlot.” Many, many guests aren’t as invested in wine as I was and wouldn’t hear of drinking a St Emilion – they wanted merlot. Having to explain to them that St Emilion WAS merlot lead to enough awkward guest interactions I finally relented and included the grape variety, as well as the region, on the wine list. In other words, I unclenched just enough that I still got to pick and sell good wines, but also make my guests happy.

The second cheapest bottle
I was analyzing my sales one day and noticed the most popular bottle on my list was an obscure little number from Cabardès. Cabardès is a little-known region in France that blends Bordeaux and Rhone grapes. Because it was a complicated blend I didn’t bother listing the grapes on the list. Still, this bottle outsold everything else nearly 2 to 1.

A few weeks later the distributor ran out of the Cabardès and I had them send something from Languedoc (a Rhone blend) instead. It was the same wholesale price so I just slotted it in at the same list price. A week later I was reviewing my sales and now IT was the best-selling bottle – by the same margin as the Cabardès! It took me a bit of thinking to realize it was the second cheapest bottle on the list.

No one wants to buy the cheapest thing, especially in front of friends or a date. So my guests were scanning the list and going for the second cheapest instead. It didn’t matter what that bottle was, or if they had heard of it. They were purchasing based on list price alone. The moral of this long story? If you need to make up margin, make sure the markup on your second cheapest bottle is the highest on your list – you’ll make the money you need to cover the lower volume passion project wines from Jura you can barely sell at a deep discount.

Limit your passion project wines
Part of being a Somm is you get to bring interesting and exciting wines to the market. I’ve had great success introducing people to Basque rosé, white wines from coastal Spain, and even Cru Beaujolais. But don’t make a list that only appeals to the wine geeks. I gave myself 5 slots for anything I thought was interesting – the rest was all business.

This rule kept me honest – as well as engaged. I was honest about the need to generate profit from the list, even if it meant some compromise. I was engaged because I only had 5 slots – I couldn’t just buy everything that interested me. I had to be selective. The result was a well-balanced list. It made the guests happy (Merlot!), my boss happy (Money!) and me happy (Arbois! Google it!)

Here are a few more tips for writing a money making wine list.