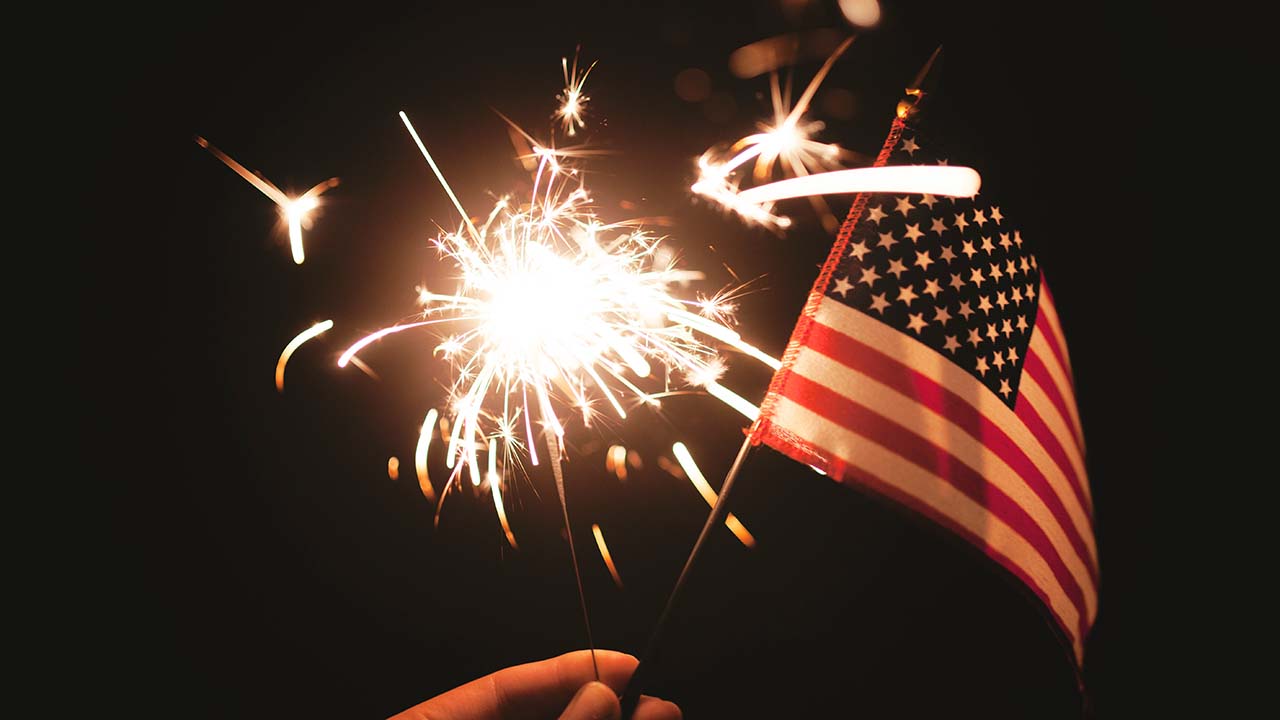 With so much political divisiveness, we decided to learn a little more about our favorite 4th of July traditions.

The 4th of July is about more than drinking and fireworks – it’s a celebration of the American experiment. It’s also when we come together and consume too much beer and too many hot dogs while watching our drunken co-workers play with explosives. The night fills with hope, the smell of black powder and the sirens of police and fire trucks as we celebrate, together as a nation, what makes our nation great.

What makes the United States a shining light on the hill? Well, other than the small grass fire set by the careless use of Roman Candles, it’s our tradition of democracy and our belief in the value of liberty. With so much in the news about politics, we thought we’d step back and write about some of the things we can all agree on: Beer, Food and Fireworks!

Barbecue
There’s nothing more American than barbecue. The word “barbecue” derives from the Spanish word barbacoa, which in turn is derived from the word barabicu used by the Arawak people of the Caribbean and the Timucua people of Florida. At first, the word barbecue was used to describe the act of building a pit fire to slowly roast a whole animal.

Through the years, however, many variations have developed as different ethnic groups contributed their take on barbecue with smoking, brining, and other methods. Barbecue has deep cultural connections to just about every American of every race and background. From black-owned barbecue restaurants in Kansas City, to pits started by Czech and German immigrants in Texas, it’s admittedly too vast and complex of a subject to delve into its history and many regional variations here. We can all agree, however, that barbecue is amazing.

Tacos
No one is quite sure when the taco was invented. One historian, Jeffrey M. Pilcher, contends its origins are in Mexican silver mines. His research uncovered that small explosive charges were called “tacos” and consisted of gunpowder wrapped in paper. It’s not a huge leap to imagine spicy food wrapped in tortillas picking up the name.

Tacos are great because they are endlessly adaptable – every culture, it seems, has its own take on the taco. Add Kimchee and you have a Korean taco; include rice and curry and you have an Indian taco; put some ground-beef, cheddar and shredded lettuce in a hard-shell and you have American tacos. With tacos, the only limit is yourself.

Sometimes called “Rooster Sauce”, Huy Fong Sriracha was created in 1980 by David Tran. He was forced to leave his native Vietnam when the Vietnamese government began to crack down on people of Chinese descent. Tran traveled to the United States as a refugee on a Taiwanese freighter named Huey Fong, which inspired the name of his sauce company. By 2012, he was shipping over 20 million bottles a year, establishing Sriracha as the go-to hot sauce in not only Asian restaurants, but everything from Mexican to middle eastern restaurants as well.

Put it in your potato salad – seriously.

Fireworks
It’s not the 4th without fireworks. Luckily, fireworks were invented by the Chinese sometime in the 9th-century Tang Dynasty. By the Song Dynasty (960AD to 1279AD) fireworks were so common they could be purchased in most markets. Grand displays were created to celebrate events and festivals. The tradition slowly made its way to Europe, mainly through Middle Eastern trade routes, and then on to the American colonies. The first American Independence Day celebration in 1777 featured fireworks, as did George Washington’s inauguration.

Today, China is the world’s leading producer of fireworks, exporting over $600 million in pyrotechnics a year. If you’re watching a firework display on the 4th, you’re very likely benefiting from a Chinese import.

So happy 4th of July everybody! Be safe and be respectful to the life and liberty of all as you pursue your happiness!