Use Your Words: Restaurant Edition 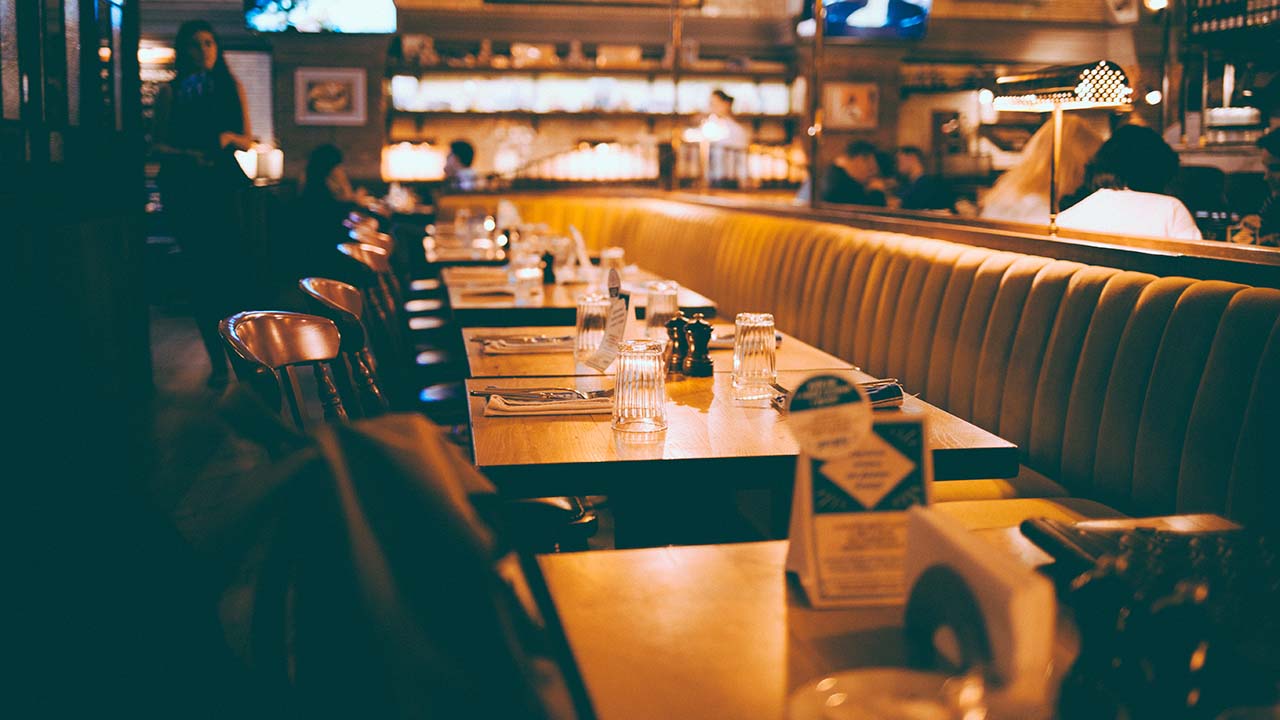 From tops to stems to delta-bravos, here are a few of our favorite words.

The food and drink industry has its own vocabulary. From tops to stems to delta-bravos, here are a few of our favorite words.

Learning your way around a restaurant job requires a lot of things: being quick on your feet, anticipating the sometimes irrational needs of guests and coworkers, and looking patient while being in a hurry. Another requirement is learning the language. Like any specialized profession, kitchens and floors have given birth to their own terms of art. While the vocabulary varies from city to city, and even restaurant to restaurant, here are a few I’ve heard during my service career.

Behind: It’s a general warning meaning ‘don’t make any unexpected moves or I will stab/burn/cover you with table 10a’s desserts.’ It doesn’t mean to stand motionless, just to move in a predictable fashion. It’s basically like when professional wrestlers tell each other what move they’re about to use to ensure the optimal scripted outcome.

Camper: Campers are guests that take root and sit at a table way too long. They are the bane of every hosts existence since they destroy any hope of turning that 2-top you promised to the couple waiting at the door for way too long. No one really knows why camping happens. Do these people have AMEXs but not homes? What are they talking about? How are they unaware of the people glaring at them?

Camping comes in two levels. Level 1: Those who just ignore the bill and sit for hours, and then Level 2: Those that pay the bill and give every impression of imminent departure (jackets in hand, purses on table) but never leave.

Clopen: To close then open. A person who does this shift is the “clopener.” As a scheduling quirk, it has its pros and cons. The pro is you can set yourself up (or slack off) for the next shift, but the con is clearly that you’re working the next shift. I clopened Saturday nights to Sunday brunch when I was much younger. While it was lucrative, it was exhausting. Luckily, I lived close to the restaurant so I could walk to the bar and drink all night instead of sleeping.

Corner: This is a variation of ‘Behind!’ but used when rounding any of the many blind corners the architect designed into a place where people are rushing around, holding sharp objects, objects containing hot liquids, and table 10a’s dessert on a tray.

Delta-Bravo: This was basically just my restaurant, but I loved watching its birth a spread. We had numbered tables on the inside, but lettered tables on the patio. It turned out that saying “table 3” and “table D” in a crowded, loud dining room wasn’t cutting it, so we started using the NATO phonic alphabet. This meant we had tables Alpha, Bravo, Charlie, Delta and on. Problem solved.

We also had these two regulars who’d sit at the bar and just be awful in every way. They’d make special requests, send food back, make inappropriate comments, the whole 9 yards. They were total douche bags. However, in a staff meeting we learned some servers had used this term a little too loudly and a table complained. That night, the two guys came in and the expeditor looked over and yelled into the window “Delta-Bravo! Seating Delta-Bravo!”

Heard: When someone, particularly in a kitchen, yells a command, the best response is “HEARD!” It just means the command has been received and the associated action is now in process. I don’t have a joke for this one, I’d just like to point out that office workers have no equivalent. This word and its usage are evidence that restaurant workers don’t bullshit when there’s work to be done. They save all that bullshit up for when they go out drinking.

Mise: Short for the French term mise en place. A mise is all the prepped ingredients one needs for their station. A line cook lives and dies by their mise. If you prep correctly, you’ll survive – but if you screw up your mise you’re going to be in the weeds.

You don’t want to be in the weeds.

Order In: (deprecated) This term is falling out of fashion as POSs with chit printers take over. Back in the old days, before snapchats and mumble rap, we had to write orders on slips on paper and hand them into the kitchen window. ‘Order IN!’ we’d yell, as the line cooks glared over stacks of scribbled tickets that were never written correctly, much less legibly. Handwritten tickets were the basically the polio of restaurants in the early 2000’s.

Stems: Wine glasses. ‘Stem’ is a great example of synecdoche, a form of metonymy, where a part of a thing is used to describe the whole. Examples are ‘heads’ of cattle, ‘hands’ to refer to workers or ‘unpaid student loan’ to describe my finances. Since I got a philosophy major, I think about linguistics a lot, especially how the sentence “I owe.” contains both a subject and a predicate.

What were we talking about?

Tops: Tables or alternatively the number of guests of a table. Whoa, another synecdoche! Dude!