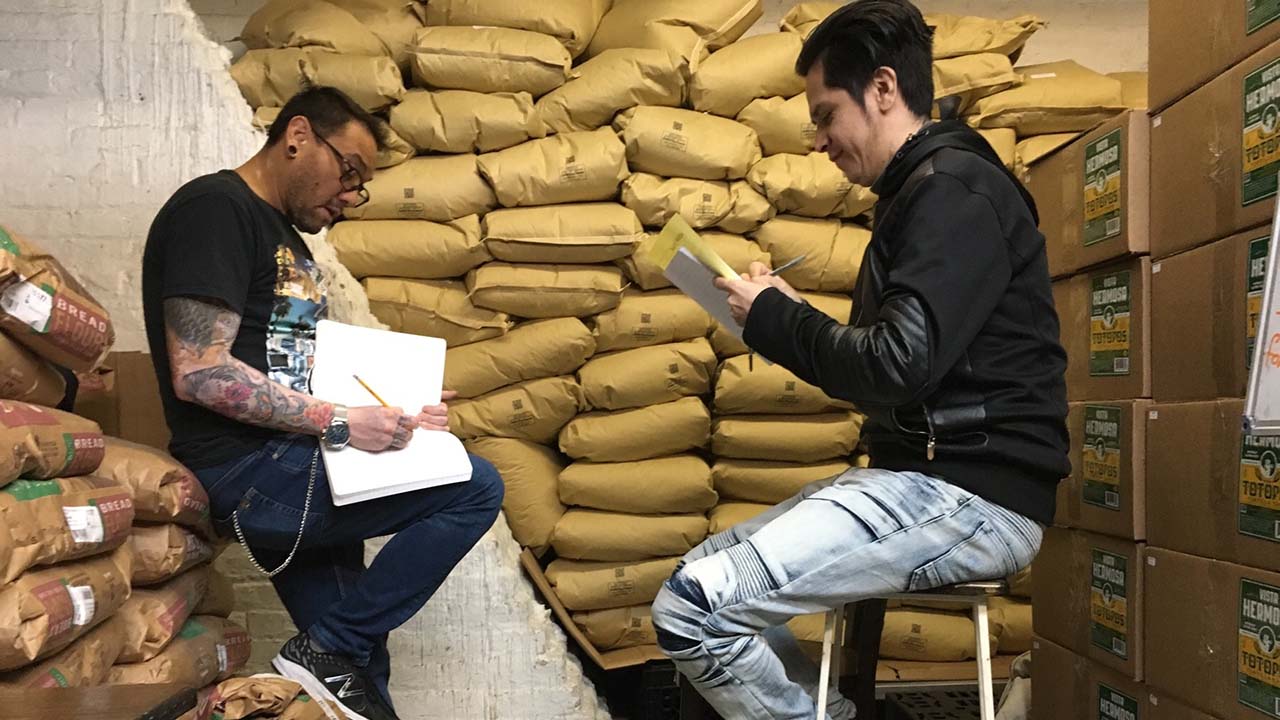 A busy restaurant would grind to a halt without a coordinated set of hands prepping, cooking, serving and clearing food. An essential part of all that teamwork is communication, and as anyone who’s worked in a restaurant knows, that communication can happen in multiple languages. That’s where Rachael Nemeth of ESL Works steps in. “20% of employees in the restaurant industry don’t speak English as their first language,” said Rachael. Seeing firsthand that restaurant employees could communicate better, she started her company to dissolve language barriers in the workplace.

The concept of ESL Works is simple: improve communication in the context of a restaurant or other food-based business. Classes are taught on-site, at the businesses. Lessons prioritize what phrases and grammar really matter to restaurant employees. They focus on tasks common in food businesses, like reading schedules, asking for help, filling out forms and equipment vocabulary. Class times are set according to the needs of the business – the end of shift and breaks between services are often the best times for language instruction. In order to add more flexibility, ESL Works uses text messaging and other digital tools so employees can learn at their own pace.

“There is an opportunity for us to help employers increase productivity while also positioning themselves as employers of choice. And in an industry where talent is thinning out, investing in employees who are already working with you is critical,” Rachael pointed out. “At the same time, 1 in 5 employees are skilled and dedicated but they are stuck in low wage positions because they can’t communicate in English.”

To meet this need, ESL Works also offers classes specifically targeted to managers and managers-in-training who don’t speak English as a first language. These Master Classes go beyond English and touch on leadership skills, nonverbal communication, giving and receiving feedback, and conflict management. ESL Works helps people be successful in their current jobs, as well as grow into new roles.

Rachael initially piloted her idea at Gramercy Tavern in New York City and quickly expanded the program to other Union Square Hospitality Group restaurants. In 2016 she founded ESL Works, and her team began working with groups like Make it Nice (Eleven Madison Park, Nomad), as well as purveyors like Citarella Gourmet Grocers.

The result of the work ESL Works is doing is better communication in the kitchen as well as improved employee retention rates. “We retain 80% of our learners on our digital platform as well as our on-site classes,” said Rachael. “So that means an employer who faces 100% turnover knows that their employees who enroll in our classes are 4 times more likely to stay and grow in their job.”

“They call language a barrier for a reason,” Rachael said with infectious enthusiasm. “It’s not just a barrier to communication, it puts a sheet of glass between people.” ESL Works is bringing people together and creating stronger, more productive teams.

ESL Works is growing quickly and is expanding their reach throughout the Northeast. In addition to their services, Rachael is excited to offer enhanced digital solutions to better facilitate the company’s mission. If you’re interested in hearing when ESL Works becomes available in your area – or if you just want to learn more about how language training can help your bottom line – check out the ESL Works newsletter.

With all the opportunity to work and grow a career in the food industry, language doesn’t have to be a barrier to success.