A Restaurant Story: The Poached Team Dishes on Spills 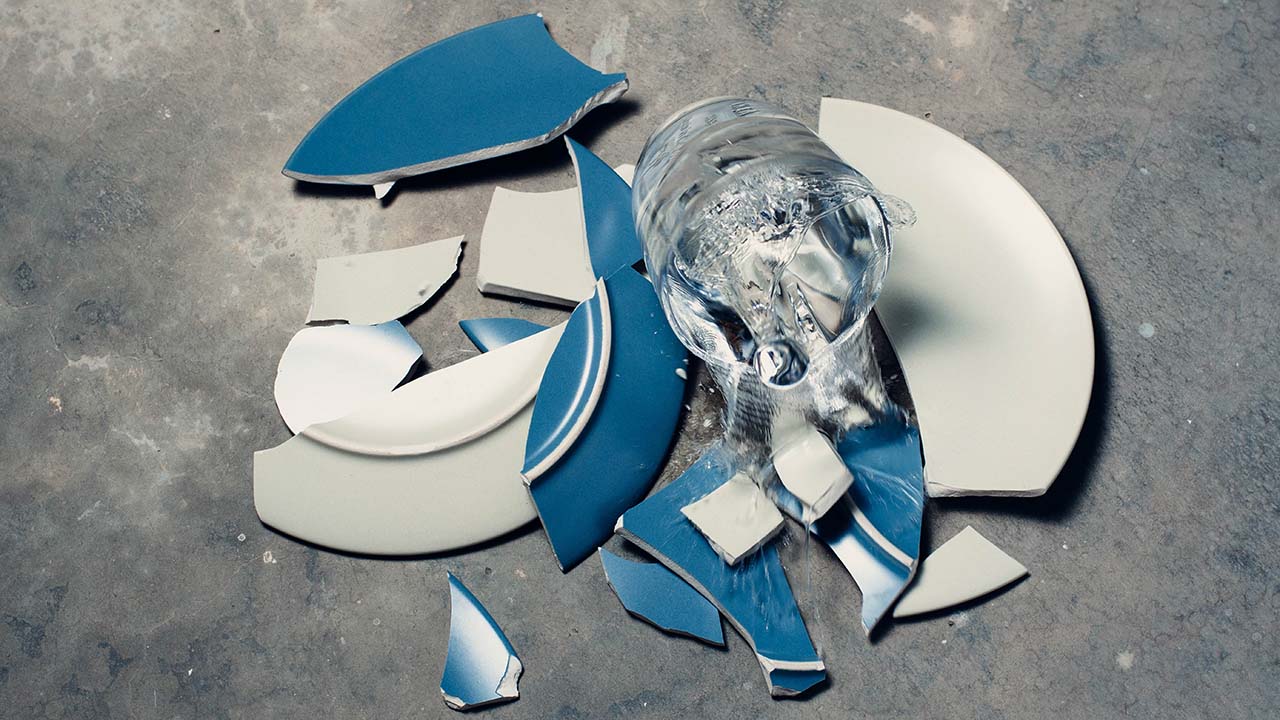 Anyone who has worked in a restaurant has a story that involves spilling something on a customer – including us!

Restaurant work is not easy.  It takes a lot of forethought and teamwork to make what can be stressful and chaotic look as smooth and effortless as it does (or should be). But, we’re all human and every now and then we slip up and make mistakes — some easily laughed off and some… not so much, especially ones where our customers end up the targets of our mishap. Accidents happen and as they say, “You live and you learn.”  We all have an embarrassing restaurant story where we’ve spilled something on a customer and since many of us at Poached Jobs come from the restaurant industry, we understand the pain! Here is a collection of our own embarrassing stories.

I was working at a Greek Restaurant in Downtown Portland. We were hosting a birthday party of about 75 guests in our banquet space. The place was so full that servers had to slide against the walls of the restaurant to get around the table. This particular party decided on our family-style meal, which begins with a bang — The Saganaki Appetizer. A Saganaki is a pan-fried Kasseri cheese that we light on fire with a mixture of ouzo and rum. Every time a Saganaki was delivered to a table, we had to run up, waving a half lemon over our head and yell out, “SAGANAKI OPPAA!” as we squeezed the living hell out of the lemon to extinguish the flame (kinda like this). Anyway, we began this party with 16 Saganaki and every waiter had to carry two flaming plates of cheese on a big rectangular tray. As I’m rushing between table and wall with my tray of flaming Saganaki, I accidentally tilt my tray a little too far forward and some of the ouzo mixture (flames and all) swooshes off the plate onto a guest’s coat and the floor beneath — both are now on fire. Mortified and full of adrenaline I begin frantically stomping and patting out the flames with my free hand. I thought I’d just caused the biggest accident of my career, only to find out later that in that situation nothing was really on fire other than the alcohol that was burning off, so there was no damage and the customer didn’t even realize they were on fire for a split second.

Okay, so I was like 22 — new to the whole Portland industry scene and earning my role as a full-time Server. Picture this: It was a busy Friday night, everyone drinking and enjoying themselves. My stoned-as-hell manager helps me run food to an 8-top positioned in a round booth in the corner of the restaurant. As I begin setting the plates down, I lose control of a sizzling hot veggie burger on my forearm. Caplat! — it falls straight into a guy’s lap. Before the customer or I could even think, my super high manager began brushing the food off this guy’s lap. The whole table was laughing in disbelief as my manager starts rattling off that he will pay for dry cleaning, apologizing for my mistake over and over. Once things finally settle, we find out it’s hour 2 in the states for this guy (the one with the veggie burger in his lap), straight off a plane from Africa and he barely speaks one word of English. Although he was very confused about the entire situation, he gave me a friendly sympathetic smile.

“This monstrosity of modern culinary architecture would later come to haunt my shift.”

While opening at my weekend burger gig with caffeine barely taking effect and my morning appetite blatantly neglected, I’m told by the shift lead to prep extra for the rush that seems to always follow when Sunday is caught in the middle of a three-day weekend. So, extra bacon is cooked, onions are caramelized and in order to avoid mid-rush runs to the dishpit, our entire stock of trays is brought out and stacked into the Leaning Tower of Pisa 2.0.  This monstrosity of modern culinary architecture would later come to haunt my shift. Mid-rush, hands caked in grease, I reach for a tray only to feel the dread slick motion of red plastic slipping through greasy fingers, instigating the lunch trays to slide off the top of the tower towards the heads of children excitedly picking up their burgers. In a hopeless attempt to prevent the untimely meeting of child and tray, I reached forward only to have my wrist collide with the top of the stack of trays sending half a dozen down onto the customers. Needless to say free meals were handed out, and my shift was finished in comical shame, and embarrassment.

I was bussing for a nicer restaurant and was working a brunch shift. It was a busy morning, as it always was, and I went over to clear an 8-top in order to pull it apart and break it up into 2-tops. I started clearing the empty plates, coffee cups and half-filled water glasses onto a tray. My plan was to clear a spot, put the tray down on the table and load it up so I could clear the table in one go. Then the hostess could swing in behind me and change the cloths. We were like a well-oiled machine.

Thinking ahead, I decided to pull the tables apart, just to make turning them that much faster. What I didn’t account for was the weight of the fully loaded tray I positioned off-center on one of the tables. As I pulled the supporting table away, the table with the tray went down, hard. Plates crashed, silverware spiralled through the air and a mix of breakfast beverages sprayed over a couple sitting at an adjoining table like a crime scene. The couple was more startled by the noise than the mist of half-finished mimosas. In the end they laughed it off. Somehow, I wasn’t fired – just teased for the next 6 months.

Abbie Glunn: Wait, You All Did What?
Software Engineer at Poached Jobs

I totally spilled beer. I tried to be careful, but sometimes it sloshed out onto my serving tray, or even got on the table as I set down glasses. We had these tiny little bowls we used for sauces and occasionally the sauce would drip out of those and onto the plates they rested on. Wait, you all did what? That customer ended up on fire?! Holy shit, guys, get it together before you kill someone.

We lived through our own embarrassment of spilling something on a customer and now, so have you. And sure, making mistakes all the time isn’t a good thing, but pretty much anyone who has worked in the restaurant industry has some story to look back and laugh on. Restaurant culture is accident prone. It’s chaotic, random and even ridiculous at times and unless you’ve actually worked in a restaurant it can be hard to understand. If you have an embarrassing/hilarious restaurant story, we want to hear it! let us know in the comments below.