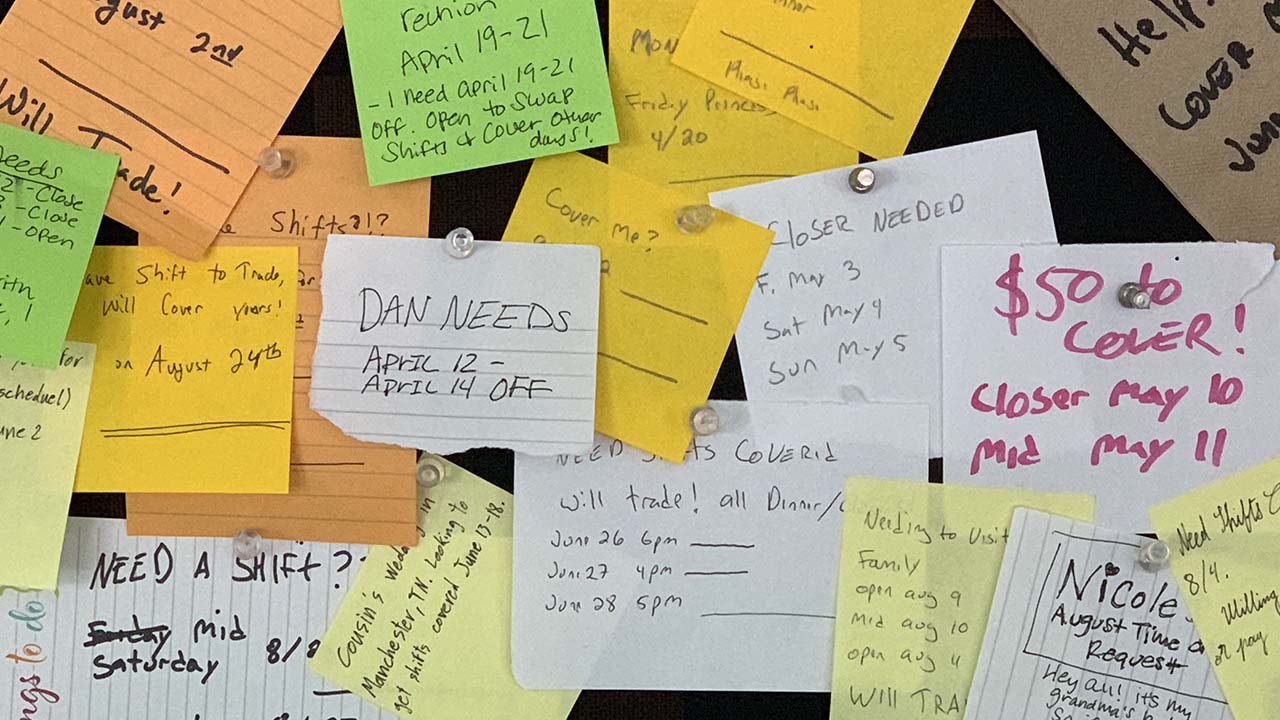 A lot of family emergencies are planned for August.

Summer brings a lot of things: tourists, patios, sunshine and a flurry of time-off requests. Now that we’ve collectively decided to never physically buy music again (except for Carl who has all the limited edition Radiohead albums on vinyl), we have to attend festivals to keep up with our favorite musicians.

This means a lot of people asking for time off all on the same weekend. Worse, it’s a zero-sum game – someone needs to stay to cook and serve while the rest of the staff is off partying to a Travis Scott set while wearing nothing but electrical tape. Our advice?

With that out of the way, here are the festivals you need to check out this summer:

Bonnaroo, June 13 – 16
Nothing says “music festival” like humidity and mosquitoes. You also get to listen to 3 sets of Phish. Neat.

Lollapalooza, August 1 – 4
It recently came to my attention that Lollapalooza still exists. I’d be more interested if it was a LARP style recreation of the 90s. I’d pay all the money to watch Perry Farrell and Billy Corgan have a buffer sword battle.

Outside Lands, August 9 – 11
Paul Simon AND Childish Gambino? Counting Crows? Lil Wayne? Blink 182? This is worth considering just because it makes no sense whatsoever.

AFROPUNK Fest Brooklyn, August 24 – 25
And for something a little different, AFROPUNK is serving up FKA Twigs, Kamasi Washington, Death Grips and Burnt Sugar Arkestra. I’m going to need a Saturday covered. I’m willing to pay AND trade. Hit me up.