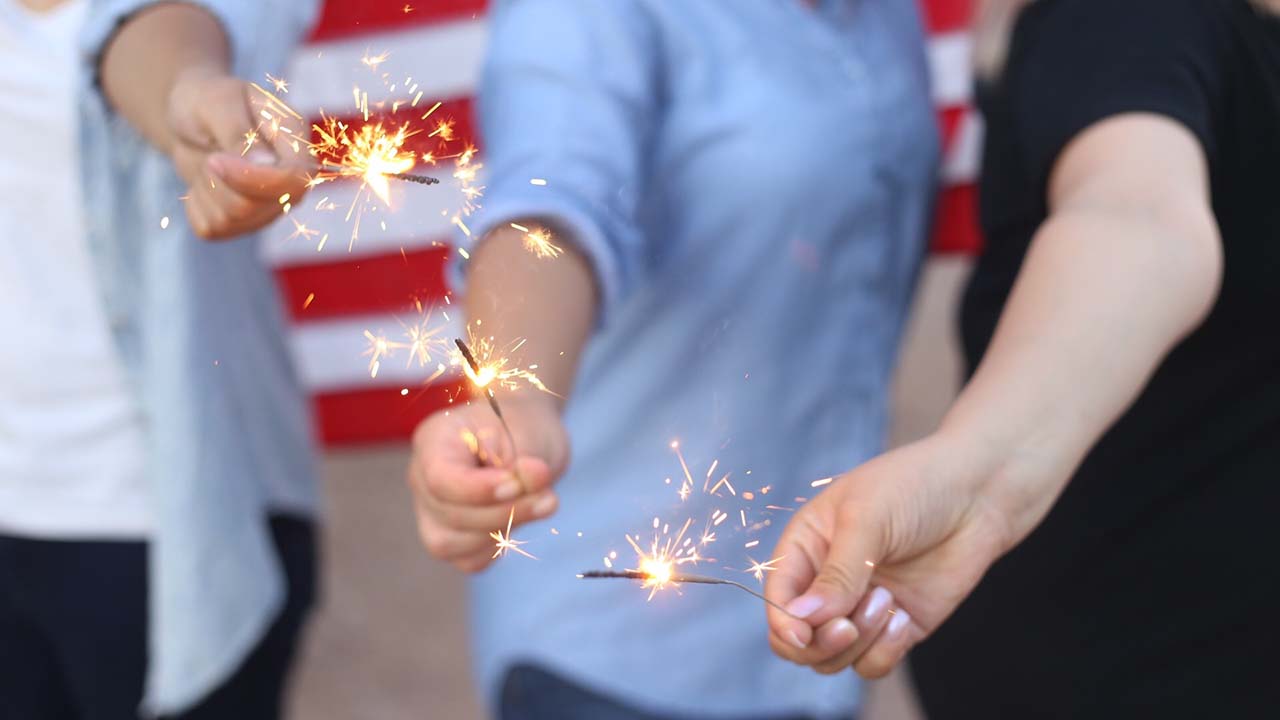 Independence Day is here! And here’s a quick guide on how to stay safe on our nation’s birthday.

It’s hard to believe our great nation declared its independence only 245 years ago. Those years have been well-spent, with the US becoming a beacon of hope, promise, and reality television. We’ve put our rights and freedoms to good use – for example, using our freedom of speech to write YouTube comments. But one of our most important freedoms is our freedom to set off aerial fireworks in celebration*.

Since fireworks can be dangerous (as in they are literal explosives that we distribute to small children and drunk people), here are 5 things you can do to be smart and make your Independence Day holiday safe.

Drink responsibly
This means different things to different people. This might mean not drinking at all – or it might mean drinking as much as you want, but not climbing up on a water tower to fire Roman Candles at your old High School. No matter which blood alcohol strategy you deploy, make sure to pair the right beer with the right novelty explosive.

Plan for uncontrolled fires
Think through the following scenario: It’s summer. It’s been hot for weeks. It hasn’t rained in a month. All around your neighborhood the grass is yellowing and dry. Considering all of this, you and nearly everyone around you has decided to launch unguided burning projectiles in all directions. Before the fun starts, make sure to have buckets of water and fire extinguishers at the ready. A fire extinguisher is like a toilet plunger – you want to have one before you need one.

As a general rule, consider this: If you have an idea and it could be described as ‘cool af bro’ it’s a bad idea.

Step back after lighting a firework
Put it down, light it and step the fuck back for fuck’s sake. That’s what the Chinese characters on the side of most fireworks say in English. It seems like every year someone decides it’d be cool to go all Jason Pierre-Paul as they try to launch mortars from their cupped hands. As a general rule, consider this: If you have an idea and it could be described as ‘cool af bro’ it’s a bad idea. Put it down, light it and step back.

Consider a reasoned approach to health care in this country
It’s estimated that 67% of bankruptcies in the United States are tied to medical issues. When your buddies Michael and Brandon ask if you want to play “Roman Candle Tag”, ask them their favorite policies for addressing rising insurance premiums. When Stephanie and Jessica start dancing to Taylor Swift while holding sparklers, maybe inquire if opening up more patented drugs to generic alternatives would help control Medicare costs. “Americans pay more in medical costs than citizens of any other developed country,” you tell the drunk guy who is in your backyard, but no one knows. “Yet we have the worst outcomes.” Ok, maybe not.

Stay off the roads
If driving is an option, don’t. Use public transportation if you need to get around from party to party. Many drivers are going to be slightly drunk, very distracted and definitely shell-shocked after some kid named Ayden or Jayden or whatever sets off a flying fish in the back of their Mazda. Add in the possibility of being pulled over and getting a DUI – it’s just not worth the trouble. If you do get drunk and drive, best case scenarios include spending the rest of your summer trying to grip the handle of a rented electric scooter with however many fingers you have left. Besides, what’s better than walking home on a warm summer night as the skies light up with fireworks.