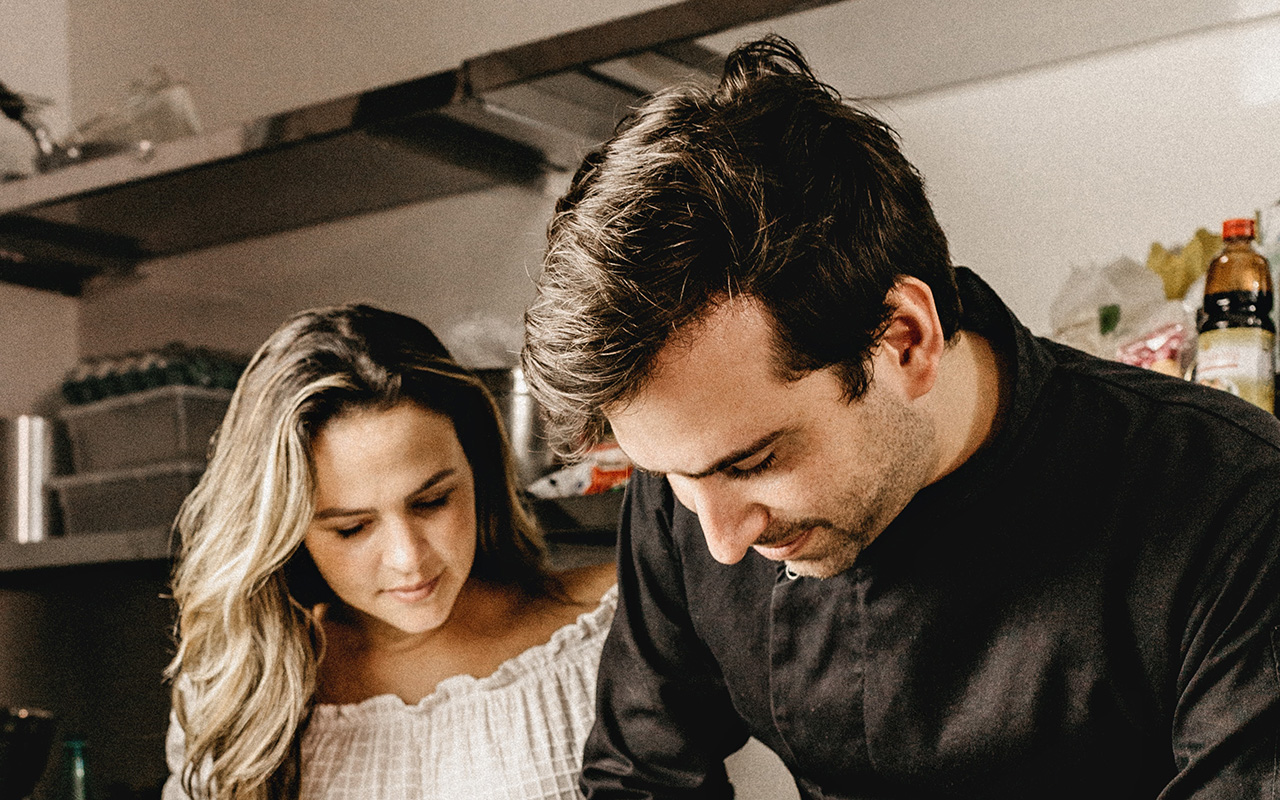 Portland, Ore – Local server Brittani Thompson, 23, informed her best friend Amanda Cooper, 22, that after a lifetime of searching she’d finally found “The One.” “The One” in question is 27-year-old line cook, Tyler Jensey.

“We were setting up for shift and Britt had this weird smile going on,” reported Cooper. “She kept giggling while we were doing our rollups and I knew something was up.” It wasn’t until they were checking on that night’s specials when the confidential information was disclosed. “She said her and Tyler were more than just hooking up. She said he’s been letting her sleep over. I know how that one goes “with the housemates”…We’ll see.”

Brittani and Tyler started their relationship after the buy-out event several weeks prior to the disclosure. Witnesses had reported Jensey making snacks for Thompson, while the head bartender, Brandon Watts, had noted them sitting together at staff meal. “Tyler and Britt? Yeah, oh totally,” Watts commented. “They try to keep it on the DL, but when I see him doing his snacks routine I know what’s going on.”

Brittani further noted that Tyler is just “so cute” in his own way and that “he tries to act like he doesn’t care, but I can tell he’s just been looking for the right person. Oh my god I’m so happy. I don’t even mind he makes me sneak in the back door of his house so we don’t wake up his housemates. He’s so considerate. He even had an extra server apron in his room I could borrow when I forgot mine.”

Jensey went on the record about the budding relationship. “Britt? Oh yeah, she’s cool. First I acted all aloof, and then I surprised her with a mini lobster roll. That’s usually a good first move,” he said right before standup. “It’s cool she’s ok about Amanda and all.”

At press time Jensey was prepping banh mi lettuce cups to offer to the new hostess. “I think she’s vegan,” he commented. “But I can work around that.”