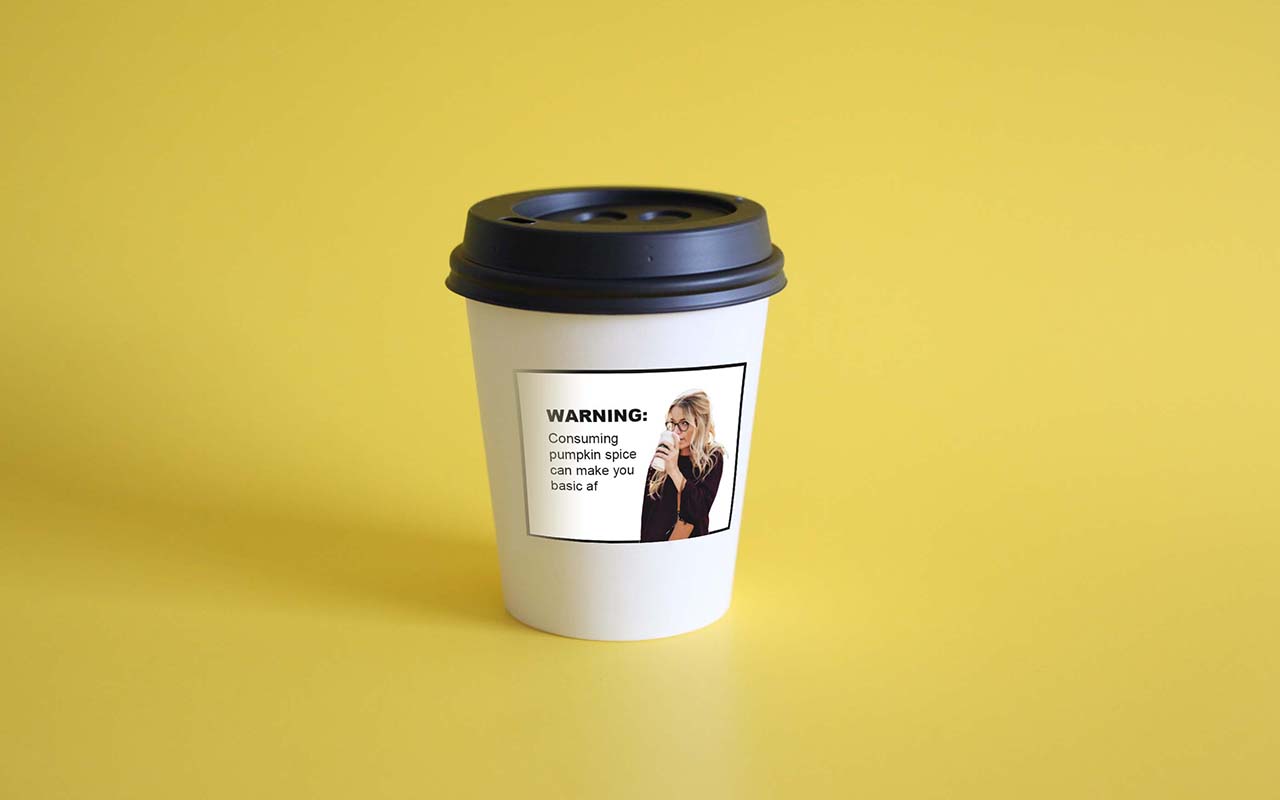 Today, FDA Commissioner Dr. Stephen Hahn announced updated warning labels for pumpkin spice. Pumpkin spice was first introduced by the beverage cartels to gain a foothold in American suburbs. Once thought to be a benign flavor component, studies have shown pumpkin spice can have unexpected and adverse effects on users.

“After researching pumpkin spice and its various analogs,” explained Dr. Hahn. “We felt it was imperative to inform the public of the possible dangers of overuse.” Dr. Hahn went on to explain that early signs of pumpkin spice usage may seem harmless at first, but can have debilitating consequences.

“It starts with a simple latte, but soon users find themselves wearing UGG boots and dressing like Han Solo,” Dr. Hahn stated at today’s hastily-called press conference. “Inevitably pumpkin spice users get into heavier habits like wearing Canada Goose jackets with white converse sneakers when it’s 50 degrees out and even, in some extreme cases, asking for the manager.” Dr. Hahn paused and pointed to the new label design. “It’s hard to look a pumpkin spice user in the eye – usually because they’re busy trying to get a selfie with a bowl of kale salad. They become…. Basic. It’s a terrifying thing to witness.”