Home » Blog » Education » A Brief History of the Craft Cocktail

A Brief History of the Craft Cocktail 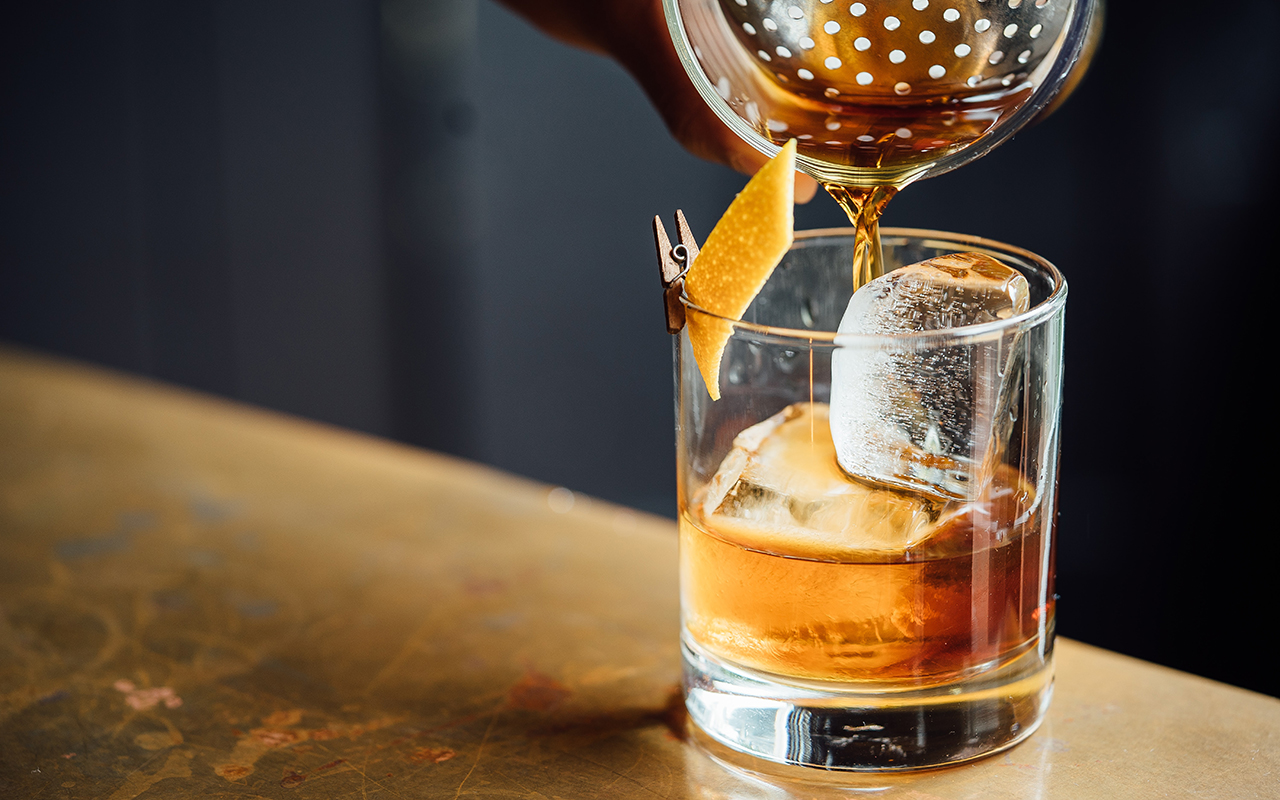 Craft Cocktails are more popular than ever, but if history shows us anything, this won’t be the last or greatest of the craft cocktail movement.

There is no doubt that the most recent iteration of the craft cocktail movement has raised the bar in creativity, innovation, and presentation of modern cocktails today. One could even say we’re at the peak of the golden age of craft cocktails. Bartenders have more access to resources and ingredients than ever before. While all that is true, it’s also true that the present craft cocktail movement lives within its past. From speak-easy-themed bars popping up left and right, complete with menus dedicated to long-forgotten classics of the prohibition era, to the rise in tiki-themed bars celebrating the rum classics of the ’50s and ’60s. History plays a big part in the craft cocktails we know and love, so let’s look at the foundational eras that have shaped today’s bar scene.

The Rise of the Craft Cocktail

While it’s less talked about than other eras that influenced cocktail recipes seen today — the years leading up to prohibition were foundational to the movement throughout the 20th century.

In the 1800s, many Europeans immigrated to the United States, introducing new ingredients, flavors, and dining cultures. According to an article published by the Smithsonian Magazine, it was in 1850 that the first great restaurants and bars began to open in the US, crafting the beginning iterations of cocktails: a spirit mixed with fresh juices and bitters. Before 1850, Americans typically drank their booze straight or as a punch in a communal bowl (this also was a revived trend in the early 2010s) — so making single drinks with additives was a new concept to US consumers. Classic favorites like the Sazerac, Manhattan and Old Fashioned came to fruition during pre-prohibition America.

The Influence of Prohibition

It’s no lie, the Volstead Act that put Prohibition in effect curbed the innovative and influential bar culture that was thriving in years previous, but the party wasn’t entirely over. Those who didn’t move abroad to escape the harsh realities of a dry country simply had to get more creative, resourceful, and illegal. No biggie.

Prohibition was a time when the cocktail movement was still happening behind closed doors in secret bars known as Speakeasies or blind pigs with liquor supplied by bootleggers. Of course, the alcohol produced was not ideal. Bootleggers had limited resources and many stripped-down industrial alcohol, which was not fit for consumption — making one extremely harsh, yet suspiciously drinkable grain alcohol. As you can imagine, it was up to bartenders to get creative, masking the flavor with juices and other ingredients. Luckily, gin was easy to make, and rum was smuggled in from the Caribbean, so both liquors became wildly popular and used in creating classics like the Bee’s Knees, the Last Word, and the Daiquiri.

The Decline of the Craft Cocktail

While craft cocktails were still invented and enjoyed secretly during prohibition, things didn’t just jump back to normal once the Volstead Act was repealed. With the Great Depression and then WWI and WWII — the drinking culture didn’t re-emerge until around the ‘50s and ‘60s. At this time, the scene was met with a Tiki craze, influenced by two iconic bars: Donn Beachcomber and Trader Vics. They introduced favorites like the Mai Tai, Piña Colada, and Margaritas, highlighting the tropical ingredients and providing a form of ‘escapism’ to drinking consumers.

At the same time, technological advances in food production took storm. Mass-produced and heavily processed mixers and soda fountains were introduced within the bar scene. The techniques and quality of ingredients known in craft cocktails began fading away as bar owners adopted premixes and artificial fruit juices that required less training to create quicker variations. A rise in cocktails like the Tequila Sunrise, Harvey Wallbanger, and the Blue Lagoon began to appear on bar menus — all of which require less skill on the bartender’s part and rely heavily on chemically produced ingredients.

By the late 80s, consumers were starting to catch on to the mass-produced bullshit being pumped out — and a craft revival was underway. The modern craft cocktail movement was led by celebrity bartender Dale DeGroff and the Rainbow Room in New York. DeGroff brought back the craft of bartending influenced by Prohibition-era cocktails using fresh, high-quality ingredients with classic techniques.

While a revival of classic cocktails was underway, new cocktails were also introduced. The late ‘80s and ‘90s brought the trend of the Cosmopolitan we all know today and fresh fruit Martinis. DeGroff is also credited with training celebrity bartenders who pushed us into the Craft Cocktail Movement of the 2000s, like Sasha Petraske and Audrey Saunders.

Today, the Craft Cocktail Movement is at its historical peak. Inspired by a rich history, having more access to quality ingredients, and learning resources, there has never been a better time to bartend or imbibe. As we move past the pandemic and into a new age, it will be interesting to see where bartenders take us next and how the bar scene will recover and transform itself. If this brief and incomplete history of the Craft Cocktail has taught us anything, it’s that while we continue to innovate and create, craft cocktails are in a continuous cycle of repeating the past while inspiring new ways forward.