Yes, Chef! A Brief History of the Kitchen Brigade 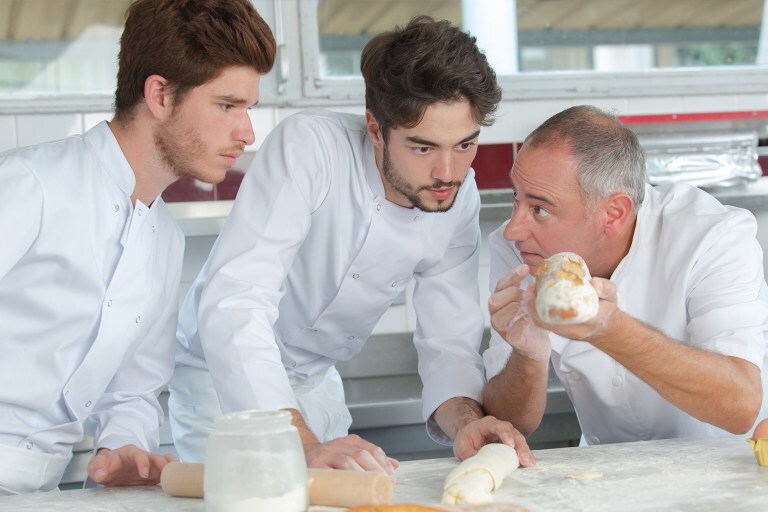 Dive into the militarization of culinary kitchens with this brief history of the Kitchen Brigade.

While we use these terms daily and are generally aware that professional kitchens are modeled after the military, have you ever wondered why? What does the military have to do with restaurants? In honor of Culinary Arts Month, we’re looking at the Kitchen Brigade, traditionally known as Brigade de Cuisine, and how this framework has shaped the culinary industry.

Starting in 14th century Europe, well before restaurants were a notable thing in Western history (the East was way ahead of the West), traveling armies enlisted troops as cooks to feed the soldiers. This was the first documented military influence on the developing culinary arts and profoundly impacted the industry.

When there were no battles to be had or territories to aggressively claim — Kings would throw tournaments for their armies to practice and stay entertained. Military cooks would follow along, organizing elaborate feasts for the large gatherings of nobles. Many eventually were hired on as personal staff for Kings and other nobility.

According to the Austin Chronicle, this era of military-cooks-turned-royalty-chefs led to the development of exclusive trade guilds that provided steady employment opportunities to its members. The chefs’ guilds began wearing uniforms, followed strict hierarchies within their ranks, and created rigorous apprenticeship programs.

Though military influence had shaped the European culinary industry since its inception, none other than the “king of chefs and the chef of kings,” Georges-Auguste Escoffier, is credited with creating the Kitchen Brigade and refining the modern dining experience we know today.

Escoffier started his career at age 12 as an apprentice at his uncle’s restaurant in Nice, France. He quickly displayed talent in the culinary arts and, by 19, was working for Le Petit Moulin Rouge. At this time, the culinary industry was not seen as a desirable career path, as restaurants were generally unclean, chaotic, and disorderly.

It was when Escoffier served as Army Chef in the Franco-Prussian War of 1870 that he saw how efficient a team could be when there was order and coordination. Post-war, Escoffier sought to apply this militarized structure to the unruly professional kitchens of the 19th century.

Escoffier introduced over 20 specialized roles in the kitchen, intending to create ultimate efficiency. Each held a defined task and station overseen by “general-like” supervisors ensuring every part worked in unison toward a perfectly timed and executed service.

Today, restaurants still structure their BOH staff in a smaller Kitchen Brigade style, using roles like Chef de Cuisine, Sous-Chef, Chef de Partie, etc. But, many of the other 20-plus roles created by Escoffier have generally been retired due to cultural and food industry-specific innovations.

While the Kitchen Brigade offers efficiency, order, and cleanliness to the restaurant industry – it’s important to remember that workers are not soldiers in an army but people trying to make ends meet. People deserve respect, work-life balance, fair wages, and resources to improve their health.

Over the last decade, with the rising awareness of mental health and substance abuse issues associated with our industry, some see the Kitchen Brigade as a contributing factor. Whenever a hierarchical structure system is introduced, there are opportunities for the wrong people to claim positions of power. Unchecked and poorly managed work environments are sure to follow.

As we move forward in our industry, and as the Kitchen Brigade lives on in some shape and form, employers must focus on the leadership qualities in those they choose to move up the ranks, not just talent or experience. It is possible to run an efficient kitchen and still be a kind and empathetic leader.

Today, there are affordable ways employers can offer helpful services to staff who need them, and many opportunities to learn practical management skills. With effective management, a kitchen can be both efficient and a good workplace.

I hope the next time you hear someone yell, YES, CHEF! You’ll feel just that more knowledgeable about the militarization of our industry.