Waiter Jokes that Need to be Canceled 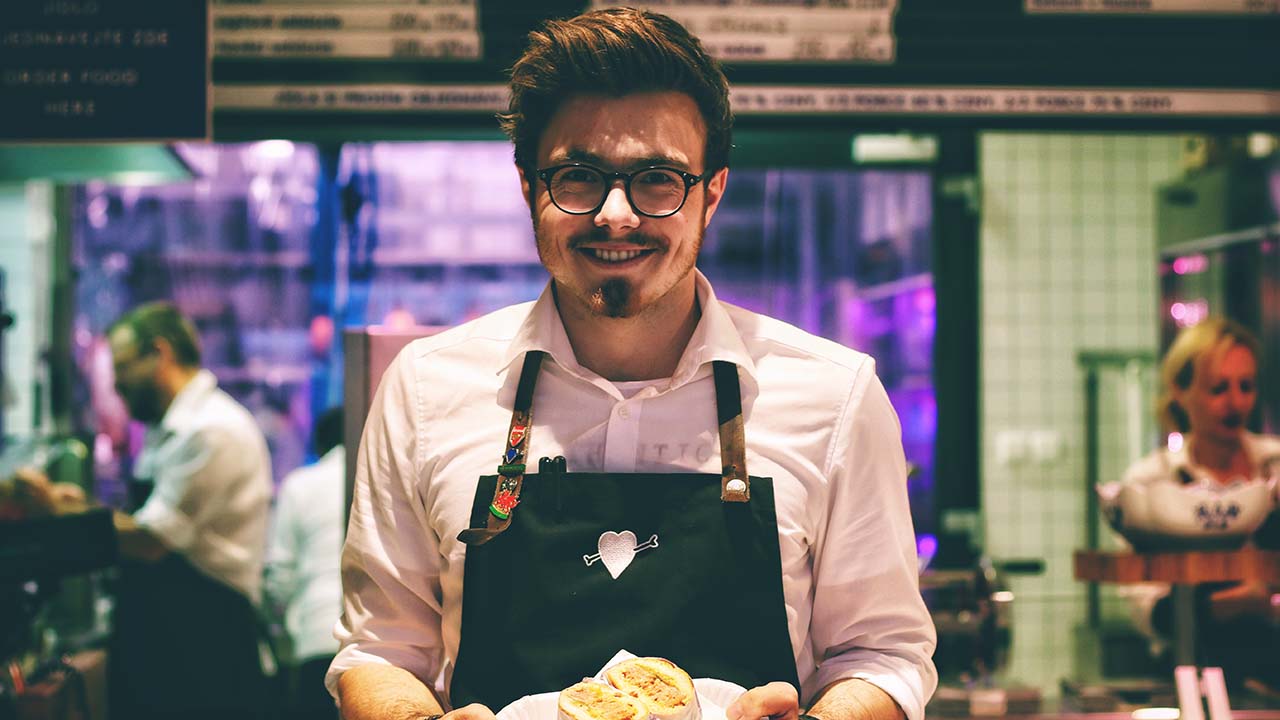 There are some waiter jokes that have been overused throughout the years. You’ve probably heard them used a million times and while they come from a good place, it might be time to put them to rest.

The good old waiter joke.  We’re all aware of them and have probably used one or two at some point in our career, only to walk away from the table feeling like a big cliché. We waiters have overused these lines so much that even our regulars have adopted some and use them on us before we get the chance!

Sure—we may resort to these jokes once in awhile, like in awkward situations with awkward tables when there is absolutely nothing else to say, but there are a few phrases that should have been canceled yesterday.

Here is a list of a few server jokes that, if you pay attention, you will hear used in restaurants all over the U.S.

A waiter observes that a table has finished their meal. The waiter heads over to clear the table and looks down upon one of the guests. There is barely a crumb left on their plate and with a sarcastic grin, the waiter makes her move, “I can tell…” only to be cut off by the guest, “…what? That I really hated it?” They look each other dead in the eye and the waiter slowly takes the empty plate and walks away.

Time to Spend Less Time Together:

A couple is seated in a restaurant and they begin to look over the menu. They take their time pondering what to get but ultimately they decide on the exact same dish—Pasta Amatriciana. The waiter walks away to place the order. When the table’s food is ready, the waiter heads over with both dishes. Feeling a little playful the waiter calls out, “Who ordered the Amatriciana?” knowing full well they both did. Each customer raises their hand and states “I did,” and simultaneously in that moment, both consider who would get custody of the pets after a divorce.

It’s a late night and near closing time. The waiter has a few lingering tables, one of which has been having a fantastic evening. The waiter asks if the table’s interested in anything else as they are about to close the kitchen. The table jests a little about staying too late and keeping the waiter from their evening. In response, the waiter hits them with a, “Well, you don’t have to go home, but you can’t stay here!” The guests at the table give an awkward smile. They pay then leave. The waiter goes home to his room. He lies in the bed and finally, with daylight, he goes to sleep. After all, he says to himself, it is probably only insomnia. Many must have it.

When Keeping it Real Goes Wrong:

A table of six are slowly but surely finishing up their evening when the waiter approaches to clear plates and glasswares. After giving the table a few minutes to digest and not feel rushed, the waiter heads over to ask, “Is anyone interested in dessert, coffee … tequila shots?” Of course the last bit wasn’t expected so no one really pays attention except the one member of the party who reaches down to scratch what looks like an itchy ankle monitor.

A table of 5 and one child sit down to enjoy a dining experience. Everything has been great and the table is ready to wrap up the evening, so they ask for the bill. The waiter takes the opportunity to give one last personal touch to their dining experience and places the tab right next to the kid and cracks, “This one’s on you, right?” The kid is mortified, the parents give a mechanical laugh and quickly hand over their card to cancel this bad joke before it ruins their child’s sense of well-being as it slowly dawns on them that income inequality is making it less and less likely the kid will ever be able to afford the check.

These are just a handful of common jokes that need to be canceled. And, to give some credit, they were probably original and creative in the beginning but now they are just overused and predictable. It’s time to be creative and come up with new lines that we can use on guests, shift after shift, in restaurants all over the U.S.