Home » Blog » Education » Burn the Ice – Is the Revolution Over?

Burn the Ice – Is the Revolution Over? 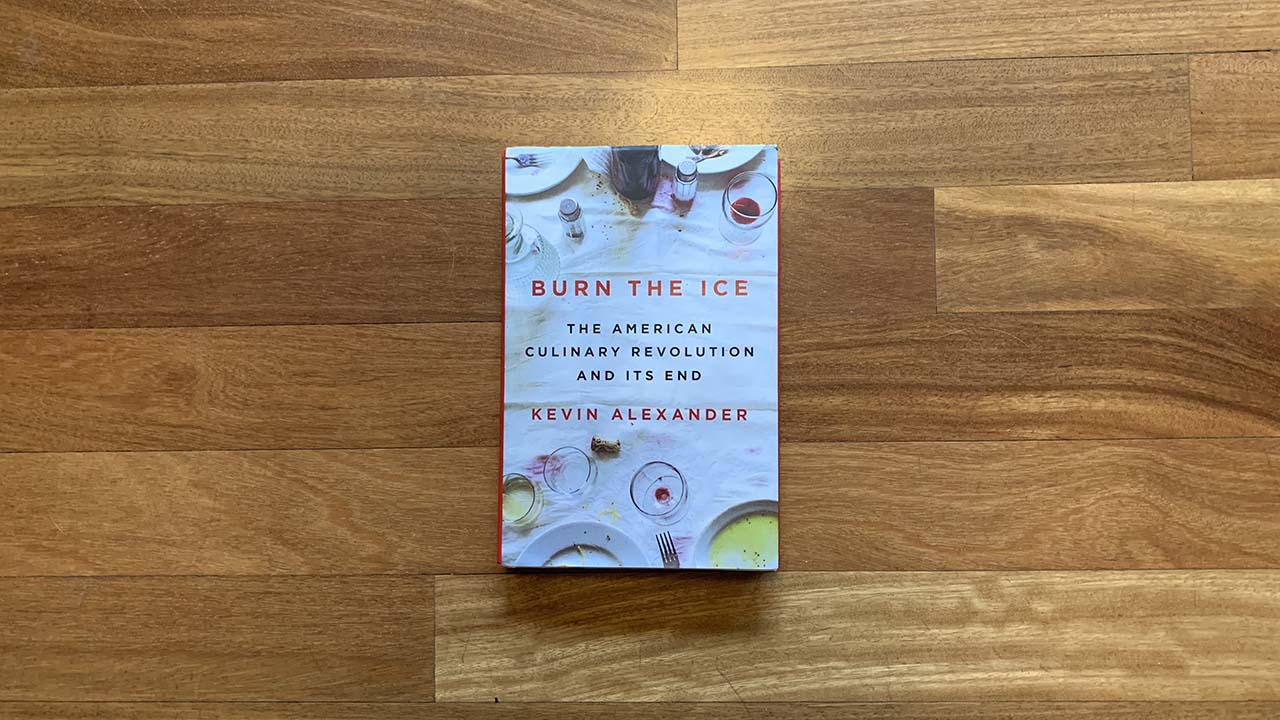 Burn the Ice by Kevin Alexander, is a fun read and a great culinary history of the mid 2000s. But is the restaurant revolution really over?

Burn the Ice, Kevin Alexander’s history of the culinary revolution, pushes two ideas. First, he sees the mid-2000s as the “golden age” of American dining. The culinary center of creativity moved from New York and the Bay Area to previously unglamorous cities like Portland, Ore. Gabriel Rucker of Le Pigeon kicked the doors off of fine dining, removing the stodginess and stress of picking out which fork to use so cooks and guests could concentrate on the food itself. The second idea is that the revolution is over – that the sun has somehow set on a golden age.

The first idea, I agree with – but the second? I’m not so sure.

When I first took a restaurant job, back in 1994, it wasn’t because I had any interest in the culinary arts. Top Chef didn’t exist yet. I hadn’t dreamed of developing my skills and eventually opening a restaurant. I hadn’t imagined myself hanging out with tattooed line cooks slamming tall boys to chase foie gras and fritos (though that happened eventually). I took a restaurant job at a pizza place in Portland, Ore because I needed money and I knew they’d hire me.

At that time, the Bourdainian Bacchanal was in full force. We worked hard and partied way, way harder. I dropped acid while making pizzas (to this day seeing the dough slowly circling in the air above me is one of the most beautiful things I’ve ever witnessed). Later, I took a job waiting tables and drank shots of fernet from a coffee cup during service. I’m not entirely sure I was legally sober when I had my driver’s license photo taken. (Which in retrospect was a good plan – the cops probably thought I just looked like that.)

It was this environment that birthed a culinary revolution. Portland was a sleepy post-logging town best known for being four hours south of Seattle. Rent was cheap, commercial space was plentiful – but even better, Portland was surrounded by farms and forests, giving us some of the best products in the country. Revolutions tend to start in unlikely places – perhaps because they are left to their own by the mainstream. Without the pressure and food press of a major market, cooks and restaurant owners were free to develop their own ideas.

It turns out, Portland chefs had some pretty great ideas. Once the scene got up and rolling, the rest of the country took notice. Much like punk rock started in New York, but had to spend some time fermenting in London before breaking in the US, the Portland style boomeranged through Brooklyn and back over the American dining scene. We served fancy dishes on second-hand plates because that’s what we could afford. Within a few years, that became the norm from coast to coast.

Alexander’s book does an excellent job telling the story of Portland’s rise – as well as how the revolution took hold in other markets. His chapters on Rucker are some of the best of the book. As are his sections on André Prince Jeffries of Prince’s Hot Chicken in Nashville. He clearly did his research and spent so much time with each of his subjects that he practically takes on their voices as he develops his narrative. He arranges Burn the Ice into years – 2006, 2009, 2013, 2017 – and bobs and weaves his way back and forth between Portland, San Francisco, Nashville, New Orleans, Detroit and, yes, even New York. The overall effect is to show how dining changed so rapidly across the country, how once cooking was freed from the traditions of fine dining, everyone saw a different angle to approach building restaurants. Culinary culture went from punk rock to hip hop – it simultaneously burned down what came before while remixing old ideas into completely new ones.

Alexander’s approach is to document the people behind the culinary revolution, but in all their damaged glory. He doesn’t hide or romanticize the hard partying that happened. Instead he shows how the highs and lows connect. Running a kitchen is stressful, running a business even more so – doing both in a time of change is nearly inhumanly hard. His subjects fall down, but recover. Or to put it plainly, they grow up.

Now the culinary scene has matured, posits Alexander, we’ve moved into the “Era of the Operator, a time when the folks who come out of the gladiatorial culinary fighting grounds victorious are not necessarily the innovators or the true talents, but the folks with the capital, gumption, savvy and marketing to do it best, or – perhaps fitting for our current times – loudest.”

This is where I disagree with Alexander. The revolution is not over – it’s just entering a new phase. Slowly, the restaurant industry has changed. Kitchens are quieter and more professional. The industry is more focused, more sober, and more sustainable. A new generation is entering kitchens with higher expectations of themselves and others.

When people choose the industry, it’s not the same choice I made. They could get any number of jobs, but they want a restaurant job. They want to feed people, to learn a craft, to make an industry that’s more than an endless party, but a legitimate career path for driven and creative people.

I think of it this way, the Copernican Revolution didn’t end – it moved science forward. We still believe (well, most of us) the Earth revolves around the sun. Revolutions only end when their progress is erased. The changes Rucker and his cohorts ushered in have, if anything, just grown louder and more pronounced.