And the winner is…. 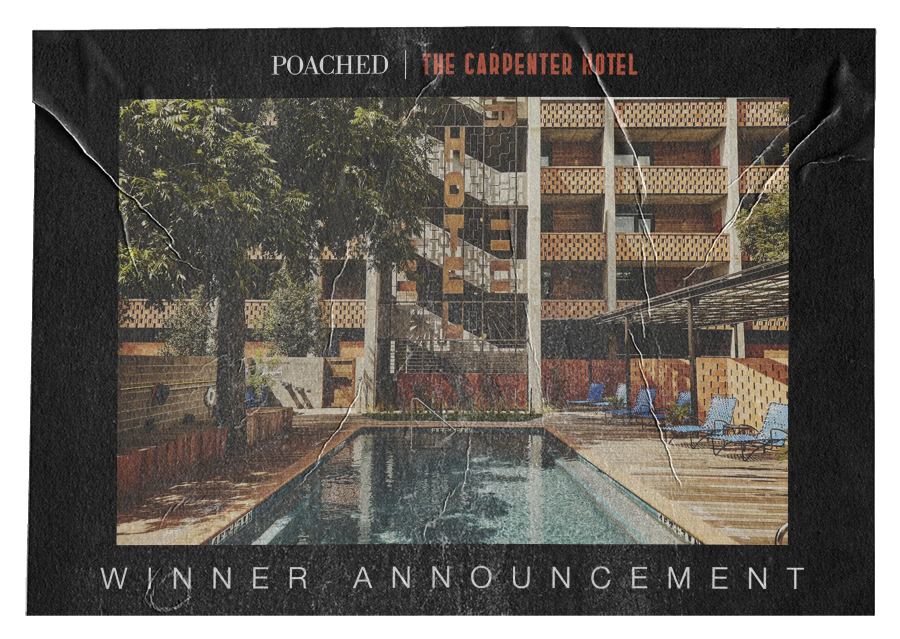 We asked you all to share with us something wild that happened during your shift at work, and you delivered – some told stories more disturbing than others and some we wish we hadn’t read at all.

Yeah, yeah, the compensation and flexibility are good, but being in this industry is hard. We all give our literal blood, sweat, and tears to these places and sometimes it goes without notice, or thanks. Some might call it chaos, but we call it service. It is really comforting to know that you all have had these moments, too.

Here are our top picks for your enjoyment (in no particular order):

Chr4817 I was working my first waitress job and it was new year’s eve. Our set up work was helping prep some food down in the basement. I was shredding cabbage on a meat slicer to make Coleslaw and was rushing so i didn’t have the safety guard down. You can probably guess what happened next. I heard an unmistakable sound and knew immediately what I’d done. I looked at my fingers and could see every layer down to the bone. Blood was literally spraying out of my fingers everywhere. My new year’s of course was shot being rushed to the hospital after slicing the tips of my index and middle fingers clean off. I still have nerve pain to this day.

sphinxlia The Denver, CO tequila bar I worked at was on a street corner that SEEMED like it wasn’t at an incline…and that’s where everyone was wrong. One icy morning while opening for brunch we hear the horrible noise of crushed metal and breaking wood as the first one car enters the restaurant THROUGH the front facade of the building, only to be hit FURTHER into the restaurant as more cars hit it from behind! They ended up closing the street until salt could be put down, and we opened late, f*cked up the wall and all. I went back for a drink recently and turns out, TWO YEARS LATER, the perimeter alarm system still won’t recognize the restaurant as fully closed and can’t be set 😂

sierra_savory My last job in Portland had a second walk-in fenced in behind the building for extra storage. It was a busy, rainy night shift and I found myself running outside to restock. I headed down the long twisty hallway, propped the door to the outside, and quickly released the lock from the walk-In and shut myself inside to gather ingredients. Balancing 2 fish tubs w/6 full racks of ribs marinating inside on my knee w/1 hand, I push open the Walk-In door w/the other. I’m outside, returning the lock to its place when I turn to notice that the wind & rain had conspired against me. My door to the inside had been shut and locked, leaving me stranded in the rain with 50+lbs of half cooked meat in my arms. My only way back? Jumping a chain-linked fence, strolling the length of the building, passing guests through the front door, waving to the hostess and shamefully sliding past the entire line of chefs kicking butts in our open kitchen. So I did what I had to. I quickly undid my apron, stashed my loot back in the Walk-In for safekeeping and began my squirrelly climb over the fence. The amount of time wasted in the rain cost me at least a 15 ticket back-up, a soppy wet coat & an embarrassing collection of nicknames. #whitegirlscantjump

Whiskeysugarbitterashell That time I worked at a distillery in downtown Denver and an FBI agent did a backflip on the dance floor. Unbeknown to us, he had his gun on him! The firearm falls out of his pants on to the ground and discharges a round into another patron’s leg. That was fun…

Seen red faced and angry while placing water glasses on a kitchen scale.

When asked why he looked so mad: “these are supposed to be 8 ounce water glasses, they weigh almost a pound! We’re getting ripped off!”. 🤷‍♀️

Potsville So 6 months into a new job, this one friday night at an unnamed restaurant I was the night manager at, I had my host deliver her premature baby in the bathroom. If it wasn’t for a nurse that happened to fly in from Florida to happen to stop in our restaurant and go in the bathroom right behind her to use the restroom the baby wouldn’t of been saved, as it had its umbilical cord wrapped around his neck and body. It was a full restaurant at 10pm on a Friday night, thankful for my GM to be there to help in the bathroom while I maintained the restaurant. Until the paramedics arrived nobody other than by the restroom noticed. The baby is happy, healthy and adorable! That was crazier than the fire 3 months before that we had to evacuate the restaurant at 4 am after a 14 hour shift turned into a 16 hour shift. Grease fire from the exhaust of the deep fryer. Watching cooks throw salt at it and smack it with towels as it crawled up the wall was terrifying! Everyone got out safe and with the support of the community it reopened within 3 days, craziest time of my life! #babys #fires #serviceindustry #latenight #iwin ? #hopefully

Mmannutrition I had a line cook throw a knife at another line cook while on the job!!! Ahhhh

La.la.laura.c ANSUL system going off on the entree line of a fine dining steak house in the middle of a busy dinner service/private dining room event due to an installation error.

Chef_o_s_c_a_r It was a standard Friday evening for us in an all open kitchen, when my buddy walks in late (15mins into service) and hungover (big surprise there) he hops on his station without a care in the world. Sure enough we get busy, mInd you it’s an open kitchen and we’re not allowed to swear. My buddy starts cooking, next thing you know, he set his apron on fire! He didn’t even realize he was on fire! So being the good friend that I am I say “ You’re on fire bud!” He smiles and continues on, not until I come back around with a fire extinguisher does he realize he’s literally on fire! #chefstories

AAAAAANNNNNDDDD NOW, the moment we’ve all been waiting for… Congratulations!!! The winner of a 2-night stay at The Carpenter Hotel in Austin, Texas is: @Madeline.bee !!!

Madeline.bee Picture this: a grand dining room set in a national park lodge overlooking nature and wildlife below. ‘Twas a truly unforgettable summer, guest book full of everyone you’d imagine to visit a national park (and everyone you wouldn’t). It’s a foggy evening and dinner service is how the kids say “poppin”. As a server in this beautiful restaurant I’m a busy bee. As I’m waddling over to a couple with their entree, I see it: a pack of wolves stalking and hunting a group of elk in the clearing below the restaurant. Other people, guests and staff alike, rush to the windows to follow the scene like a National Geographic special. “Wow this is incredible” escapes my lips. It was. Suddenly I hear a nasally voice below me, the table who I just served — you guessed it — elk (sustainably sourced I might add). “This is so disgusting, how could you allow this in my view while I’m eating? I expect all of this off my bill immediately.” Ohhhh no. Hiding my judgement (which was definitely present) I reply “I’m sorry you’re not having a great experience ma’am, I’d be happy to move you two to a quieter spot that suits your needs.” I’d soon find out the only thing suiting this woman’s needs was free stuff. The other half of the couple was happily chomping on his dinner and watching the spectacle in awe. “Why would you allow this when there are children here!?” my charming guest continues. I want to explain to her that she’s in a national park and that sometimes nature happens here but I bite my tongue. I’ll save this one for my manager, we can judge her after our shift later. I excuse myself to find my manager, and plant myself in front of the window to watch this most incredible display of nature I’ve ever seen. Don’t you love a good contrived effort for free food?

Thanks everyone who participated, keep an eye out on Facebook or Instagram for the next big giveaway.

Rebecca Gill began her love affair with restaurants at the ripe age of 16. Her dedication and hard work has directed her towards the administrative side of operations, where she helped train and educate team members. When not working, she enjoys cooking + eating, exploring and cuddling with her dog, Indiana.