Home » Blog » Education » A Brief History of Craft Beer in the US.

A Brief History of Craft Beer in the US. 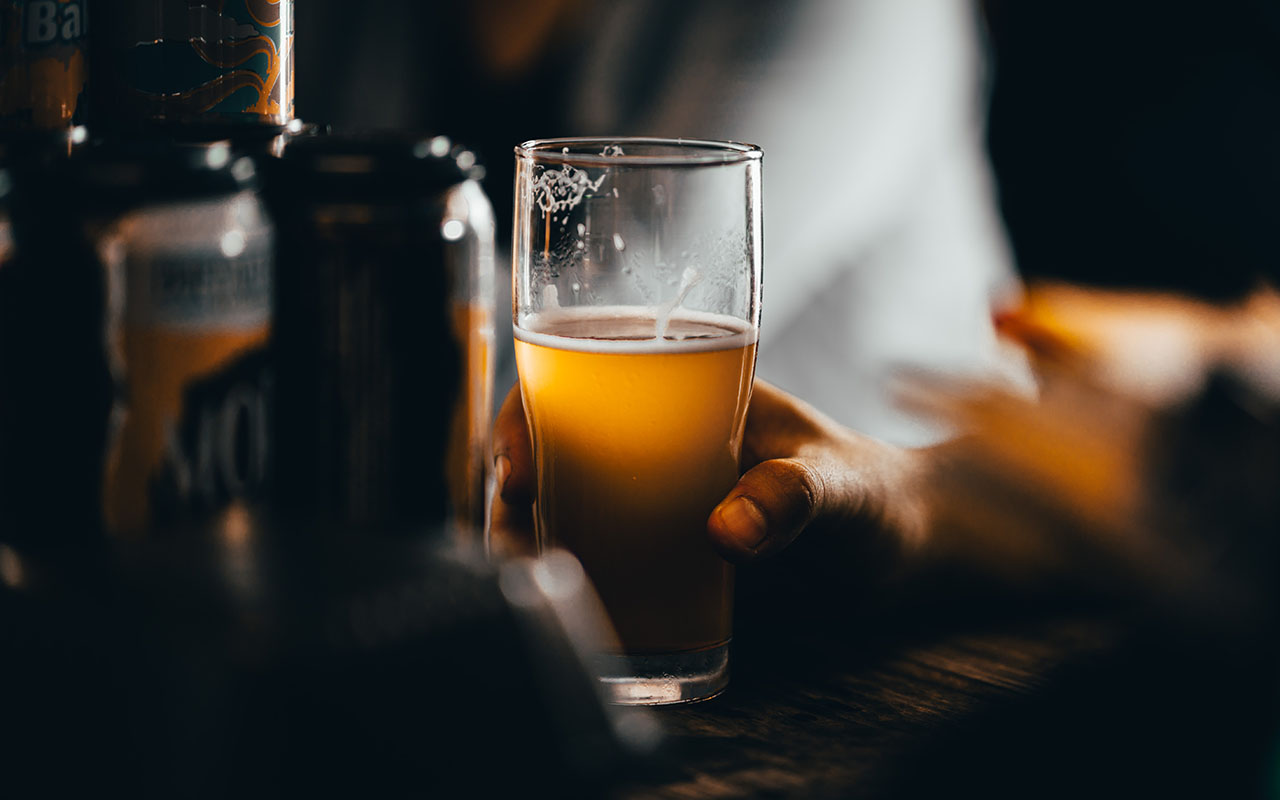 It’s Fall, which is a great time to celebrate beer — so let’s do that with a brief history of the craft beer industry in the US!

Over the last 50 years, the craft beer movement in the US has grown to be an exponential part of our industry and culture. US consumers can’t get enough of the hop bomb IPAs, tart goses, and refreshing pilsners — nor the punny names brewers love giving them, like Total ReKölsch by StormBreaker Brewing in Portland, Oregon. The growth of the craft beer movement isn’t slowing down, and recipes are only getting more innovative and experimental every year. Since Fall marks some significant beer celebrations (Oktoberfest and Fresh Hop season), we thought it would be fun to dive into a brief history of craft beer in the US and the rise in consumer demand.

While I’m sure we could map the current craft beer movement back 7,000 years ago — we’ll just start around 100 years ago to the era of Prohibition, which was a significant milestone in the overall history of beer in the US. In the mid 19th Century, before Prohibition was added to the constitution, there was an influx of German and Czech immigrants settling in the Midwest and East Coast. With them came the traditional ales and lagers of their home countries. Soon, dozens of local breweries were operational in the US — including a small brewery by Eberhard Anheuser. Yes, that Anheuser. The one whose name is part of the corporate beer goliath AB InBev. Anheuser eventually partnered with his son-in-law Adolphus Busch to develop the first national beer brand, Budweiser, and set the trend for light lagers that dominated the US beer scene for generations.

Prohibition was a dark era for the beer industry — unlike the wine or spirits industries which could pivot to other markets, there weren’t many options for brewers to stay afloat. According to the publication Alcohol Professor, beer with less than 1% ABV was allowed to be brewed during Prohibition, so some brewers tried breaking into the food industry — crafting malt extracts for bakeries. Others turned to the dairy industry as they already owned the refrigeration equipment necessary. But, mainly the Prohibition era — combined with the Great Depression and the World Wars, stalled the growth of beer in the US for years to come. Whatever breweries were left produced the watered-down lagers we know today as Lite Beers.

It was the late ‘70s, early ‘80s when things began to change. In California, Anchor Brewing Company and New Albion Brewing began crafting more full-flavored lagers and ales and reintroducing the US to beer styles beyond the watered-down adjunct lagers congesting the market. This era fostered the brewers some associate as the founding fathers of the craft beer movement — Jim Koch of Samuel Adams and Ken Grossman of Sierra Nevada. These brewers opened independent breweries and began introducing US consumers to a wider variety of ales and porters long missing from the market.

During this time, homebrewing was still illegal from leftover legislation introduced during Prohibition. It wasn’t until 1978 when President Jimmy Carter signed a bill pulling back federal restrictions and reinstated legal homebrewing for personal and family use. This was also when the Brewers Association and the American Homebrewers Association were born — setting up the foundations for the craft beer movement in the US.

By the 1990s, the craft beer industry experienced rapid growth from 20% to 100% year after year. The relaxed laws around homebrewing engendered a boom in microbreweries across the nation, and soon people started making big bucks brewing. Jim Koch’s once-independent Boston Beer Company went public on the New York Stock Exchange, contributing to his billionaire status today. Soon afterward, other finance people got in on the business of craft brews. This influenced growth in the craft beer industry but at the cost of quality and flavor that are fundamental to the ideologies of the craft beer movement. Many of the breweries that opened during this boom began to shut down as the product was not up to par with what consumers first loved in craft beer.

The microbreweries that remained did so because they kept quality, individuality, and creativity at the forefront of their products. While the focus up to this point had been to reintroduce old-world styles to consumers, brewers of the ’90s began experimenting and successfully introducing new ideas of what could be done with beer. This time spurred brew styles we know today like super hopped IPAs or beers with odd adjuncts like guava or bourbon. Some big names experimenting with what we knew as craft beer, and doing it successfully, included Dogfish Head, Stone Brewing, and Russian River.

The craft beer movement got so big that big corporate beer companies began creating their own “craft” inspired beers to stay current with consumers. Then shortly after, they began acquiring microbreweries which led us to where we are today. Big beer corporations have bought up many independent microbreweries and now own a massive chunk of the overall beer industry. But, even in an era where large corporations quickly saturate a market  — the craft beer industry has survived to control about a quarter of the overall beer market, which is an impressive portion.

That wraps up the brief history of the craft beer movement in the US. Now it’s time to crack a cold one and take a moment to appreciate those that lay the foundation for all of us to enjoy the variations of beer on the market today. Because of those interested in breaking outside the box, the US is now a prominent figure within the beer world.