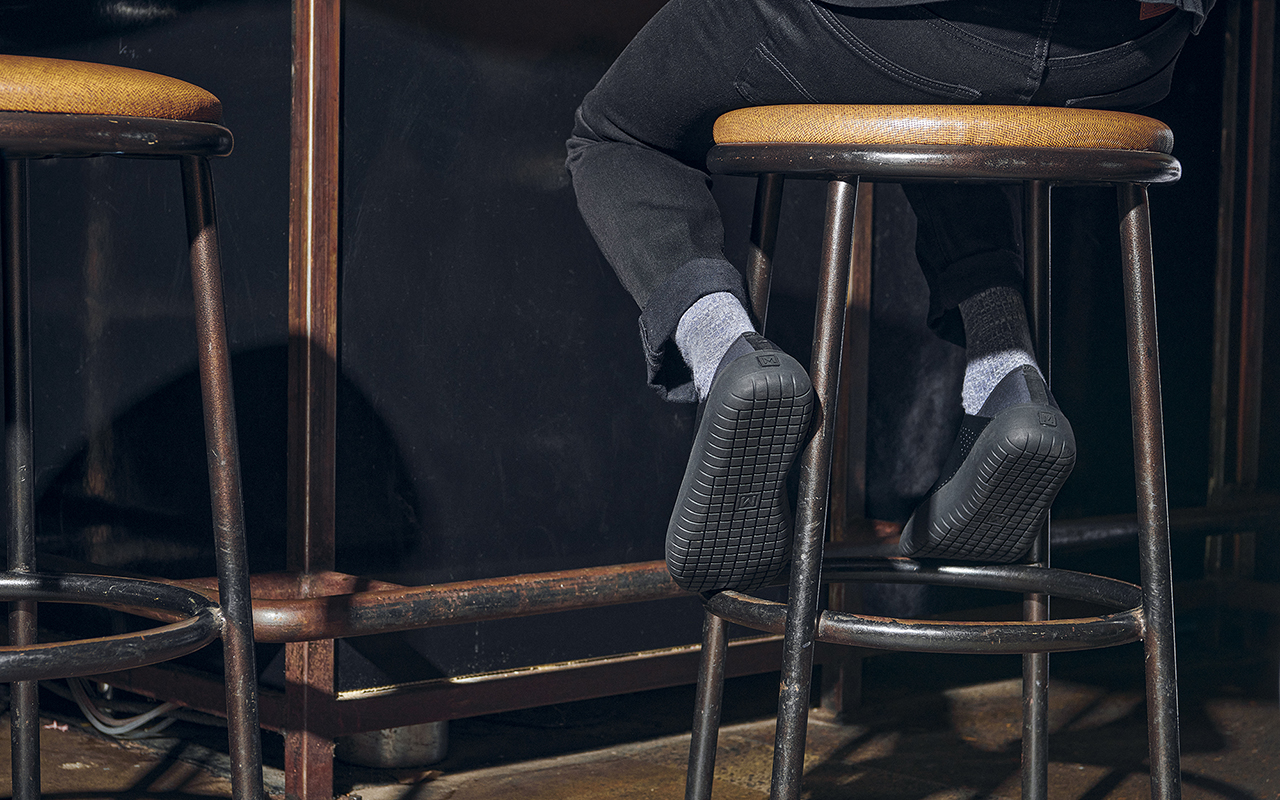 Meet The Standard by MISE, the only work shoe designed specifically for the hospitality industry.

Whether you are back of house or front of house, hospitality work is highly physical. Those in the industry are constantly on the move, lifting heavy items, climbing flights of stairs, performing balancing acts, and doing it night after night, hours on end. Given the endurance needed in this line of work, it always amazed me that no one ever designed a shoe specifically for hospitality work. Erik Hernandez and the team at Studio Noyes in Portland, Oregon, set out to change that with MISE, the first footwear brand designed for hospitality.

Hernandez spent his teen years working in food service, where he developed a deep appreciation for restaurant work. His respect for the industry followed him into his career as a footwear designer for brands like Vans and Adidas and led him to become good friends with Lindsey Jang and Chef Matt Abergel of Yardbird in Hong Kong.

“Both Lindsay and Matt always expressed interest in collaborating with Vans on a shoe for their team to wear,” Hernandez said. “Their team was already wearing Vans because it fits their overall look, but their desire to create co-branded footwear was always a topic with them.”

The seed was planted. Hernandez approached his employers while working at Vans and later at Adidas about developing a shoe for hospitality workers. Still, nothing specific to the foodservice industry ever came to fruition. “…the concept of making a shoe for a restaurant, let alone a shoe that works in the kitchen, never was given the attention I felt it deserved,” Hernandez explained.

By 2016, Hernandez joined Studio Noyes Ⓡ, an award-winning, woman-owned footwear design agency led by his partner Samantha Noyes. “As we took on projects ranging from nurse shoes to basketball shoes for Kanye West, and women-specific hunting boots to custom-molded slides,” Hernandez shared. “It became apparent that my ex-employers weren’t the only companies not giving the culinary industry the attention it deserved in regards to footwear.”

Then two years later, Hernandez presented the idea of using the studio’s off-season to design a shoe for those who work in the culinary industry. Finally, Hernandez’s decade-long dream of developing a hospitality shoe began to materialize. “…we committed a portion of the studio’s time to start a brand from scratch based around the question, ‘How do we make a better shoe for those who step foot in the kitchen?’” Hernandez shared. 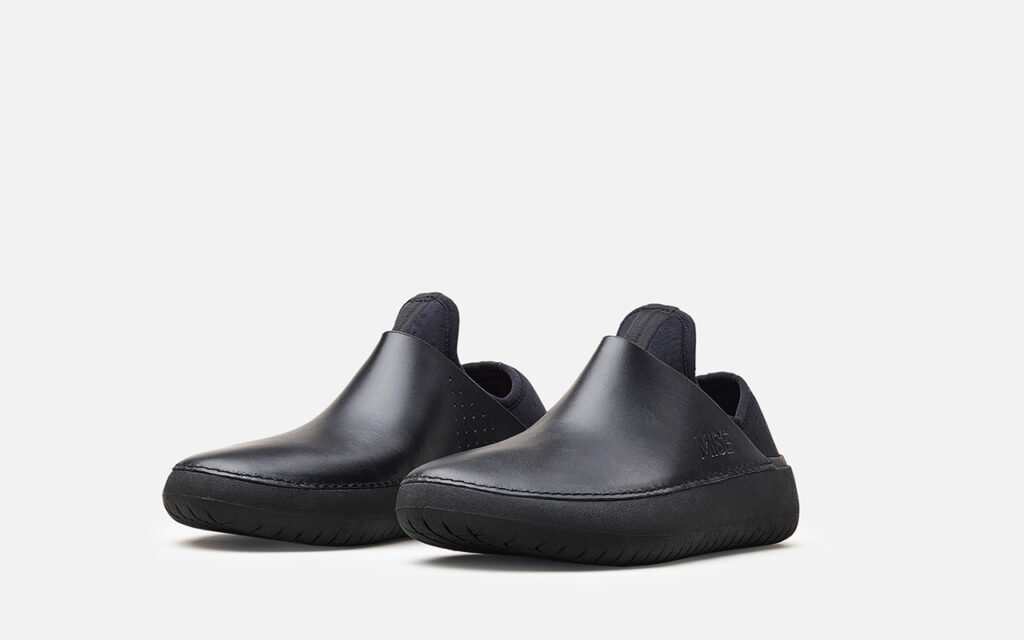 With his background in athletic footwear, Hernandez approached MISE like he would with any athletic shoe. With the help of Studio Noyes, Hernandez spent over a year researching how to make a better culinary shoe. They connected with friends in the industry to learn what people were wearing, what they liked and disliked in their shoes, and how MISE could improve culinary footwear. They even spent ample time wearing shoes common to the industry to understand the features and quality of footwear available on the market today.

With that first year of empathizing with the needs of the culinary community, Hernandez and the team at Studio Noyes designed The Standard: a non-slip, water-resistant, slip-on shoe — tested to European safety shoe standards. The Standard has a replaceable insole, so one can easily swap in a new one while washing or replacing the other.

MISE focused equally on aesthetics in the design of The Standard, as they did to the functionality. Given that sports and music influence so much in footwear trends, Hernandez wanted to create something that represents the influences of the culinary industry within our culture.

“Having experienced the ties that music, cinema, and sports have come to build in fashion and footwear, it’s always been a surprise to see that the culinary industry hasn’t been given the opportunity to make a similar impact,” Hernandez said. “There are so many influential people in the food and beverage industry, and yet their stories aren’t as amplified or well known as their counterparts in sports or music.”

Since October, they’ve sent 150+ pairs of The Standard to a group of wear testers within the industry to collect feedback. Now, they are ready to share MISE footwear with the broader public. This week, MISE launched their site and began accepting pre-orders for Spring. Hernandez’s plans to incorporate multiple shoe lines within MISE, designed for specific jobs in the industry. He also hopes to collaborate with other culinary groups and offer co-branding, as has been the goal with Yardbird in Hong Kong for years.

“The goal with MISE has always been to build a brand that spotlights and elevates chefs, their crews, the food they cook, and the restaurants they run but, to also give those people an outlet to share their stories, their struggles, and their drive to better an industry.” Hernandez shared. “We know that this community deserves more than just another non-slip shoe, and we believe that MISE can be more by honoring those who cultivate cuisine through their passion, soul, and community.”

To preorder a pair of The Standard or just follow the MISE journey, check out their website here. Their social channels are also a great way to learn about what they’re doing, their passion for the industry — and pick up a new recipe to get inspired.