A Brief History of Women in Culinary 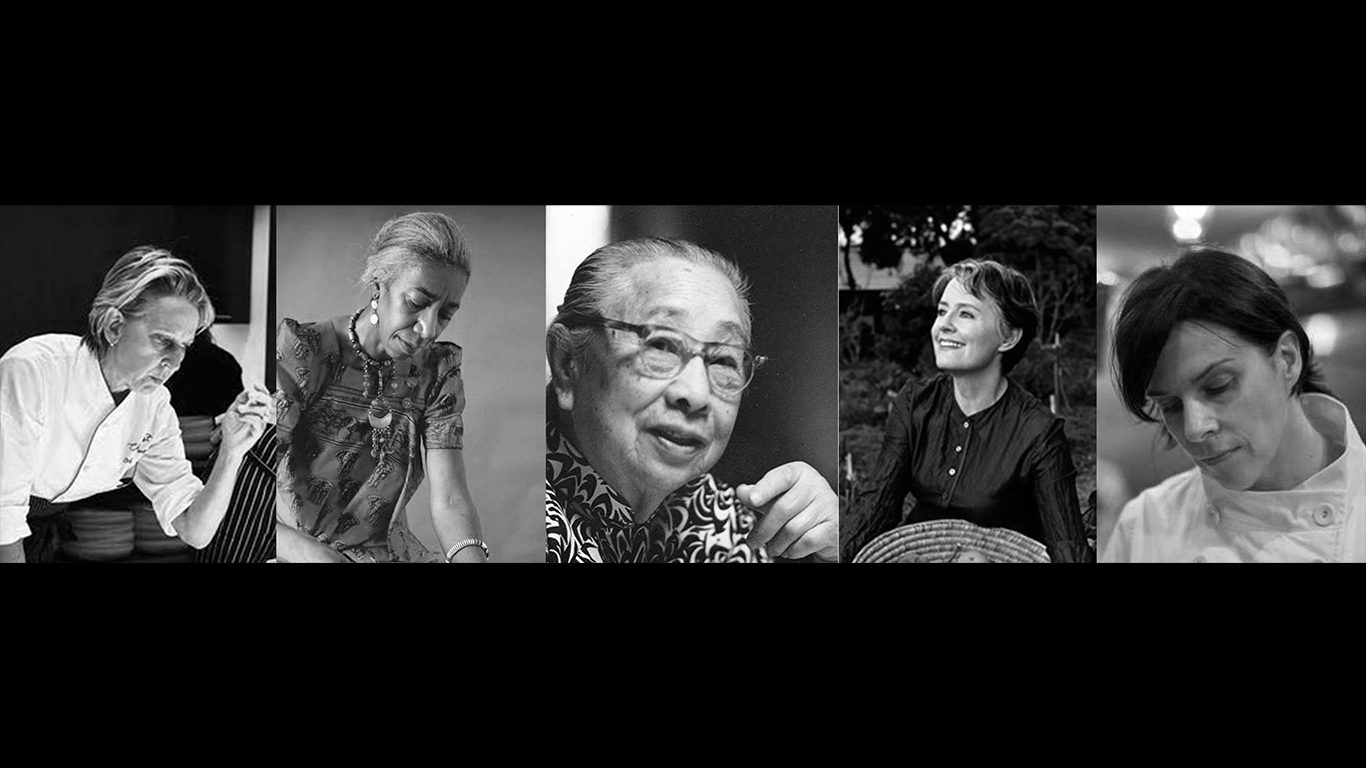 In honor of Women’s History Month — we want to highlight the influential Women who shaped the culinary industry throughout the 20th century.

Women’s History Month is upon us! A fantastic month of recognizing, celebrating, and uplifting women who make our world better each and every day. Countless women have and continue to redefine the culinary industry, expressing their knowledge and backgrounds through cuisine, enriching our culture here in the US, and influencing culinary movements worldwide. So, in honor of the badass women in culinary, we wanted to give a brief history of just a few women who have had an insurmountable impact on the culinary world and who’ve paved the way for future generations at work today and beyond.

Barbara Lynch
Barbara Lynch started her culinary career in Boston, Massachusetts, during a time when professional kitchens were strictly considered a boys club. While it largely remains so, Lynch’s culinary career broke the glass ceiling for women in professional kitchens and as restauranteurs. To this day, Lynch inspires and mentors women to take center stage in the culinary industry.

After years of working under Todd English, Lynch opened her first restaurant, No.9 Park, in 1998. No.9 Park was an immediate hit and charted a path for Lynch to begin building a Restaurant Empire. The Barbara Lynch Collective is home to seven concepts, showcasing everything Boston offers. In addition to No.9 Park, the collective includes B&G Oysters, The Butcher Shop, Stir, Drink, Sportello, and Menton. Lynch, and her restaurants, have earned many awards from The James Beard Foundation, Johnson and Wales University, and Women Chefs & Restaurateurs Organization — not to mention being recognized by top publications such as Bon Appetit, Food & Wine, Esquire, Forbes, and the Boston Globe.

Edna Lewis
Edna Lewis charted the path for Americans to learn, cook, and appreciate southern cooking in her role as a Chef and author of Southern Cookbooks. Lewis began her career as Head Chef at Cafe Nicholson, co-owned with her friend John Nicholson, in Manhattan back in 1948. The cafe ran for 51 years and was a gathering spot for the artistic, literary, and culinary crowds.

After leaving her position as Head Chef, Lewis sought to further develop her career as a chef, which led her to write her first cookbook, The Edna Lewis Cookbook, in 1972. It was her second cookbook, published in 1976, The Taste Of Country Cooking, where Luis began to include more of herself through stories of growing up amongst southern culture and her African American heritage. Lewis was one of the first Black women to write a southern cookbook and to gain a national audience without altering her name, gender, or race — pioneering a new space for Black women in the culinary sphere. Lewis is a culinary legend and earned awards and recognition for her contribution to the culinary industry from Johnson & Wales University, The James Beard Foundation, and was named “Grande Dame” by Les Dames d’Escoffier International.

Alice Waters
If you haven’t heard of Alice Waters, I bet you have heard of Farm to Table, and you can’t know farm to table without knowing Alice Waters. One of the founding figures in the slow food movement in the US, Alice, reintroduced Americans to eating fresh, organic, and local. With her renowned restaurant, Chez Panisse in Berkeley, California, Alice led by example that restaurants could be profitable and support local ecosystems by only purchasing ingredients through local farmers and celebrating seasonal ingredients.

Beyond kickstarting a food movement still widespread in restaurants today, Alice Waters has played a significant role in food activism and is best known for her work educating students on the slow food movement, responsible agriculture, and advocating funding for improving school lunch options.  For her work as a chef and activist, Waters has received many awards and honors and was the first woman ever to be named “Best Chef in America” by the James Beard Foundation.

Buwei Yang Chao
Buwei Yang Chao was not a professional chef like the others mentioned in this article, and she was not awarded or honored by prestigious culinary organizations. Still, there is no doubt that her cookbook, How to Cook and Eat in Chinese, had a mass influence on introducing Chinese cuisine to American people. At the time of its publication, 1945, Chao’s cookbook was one of the first to offer authentic Chinese recipes in an approachable way to American audiences. Chao’s cookbook has even been identified as the first source of introducing the United States to the technique of stir-frying and making potstickers.

As mentioned, Buwei Yang Chao was not a chef or even aspired to have a career in culinary — in fact, she was a well-respected physician within her community when she lived in China. In 1938, Chao and her husband, Yuen Ren Chao, moved to Cambridge, Massachusetts, as her husband was offered a position as a translator for the military. Both in China and the United States, Chao would follow her husband on research interviews, where she’d talk and ask the hosts how they prepared Chinese food and what techniques and ingredients they used. Through her curiosity and desire to make authentic Chinese recipes, Chao became well versed in Chinese Cuisine, and her friends urged her to compile a cookbook. With the help of her husband and daughter in translating her recipes, How to Cook and Eat in Chinese was born, opening the door to Chinese cuisine in the US.

Gabrielle Hamilton
Following Gabrielle Hamilton’s career as a chef and writer — can encourage anyone that there isn’t a fixed path for success in hospitality. Hamilton started working in kitchens at the age of 12 as a dishwasher but left that when she moved on to attend Hampshire College in Massachusetts. Afterward, she returned to culinary when she opened a catering business in New York — but ended up selling that business in 1995 to pursue a master’s degree in fiction writing at the University of Michigan. While obtaining her master’s, Hamilton worked part-time for a catering company owned by Misty Callies and later followed her to help open Zanzibar in Ann Arbor.

After graduating from the University of Michigan with an MFA in fiction writing — Hamilton moved to New York and opened her only restaurant, Prune. Hamilton’s culinary skill, talent for restaurant operations — and ability to undoubtedly stay true to herself crafted the perfect recipe for success. Prune was quickly recognized and appreciated within the community and heavy hitters like Anthony Bourdain. Hamilton was nominated for the James Beard Award, Best Chef in NYC, two years in a row, then finally won the title in 2011. In addition to culinary success, Hamilton is an award-winning writer for her memoir Blood, Bones & Butter: The Inadvertent Education of a Reluctant Chef. Hamilton is an inspiration that you can be a woman on an uncharted path in the hospitality industry and find success that is meaningful to you.

These are just a few amongst the many women who shape our industry. Women who continue to break barriers and stand against the status quo, reshaping what it means to be a chef and in hospitality — opening a brighter and more inclusive future for those who come next. We’d love to hear who your female mentors, role models, and inspirations are!