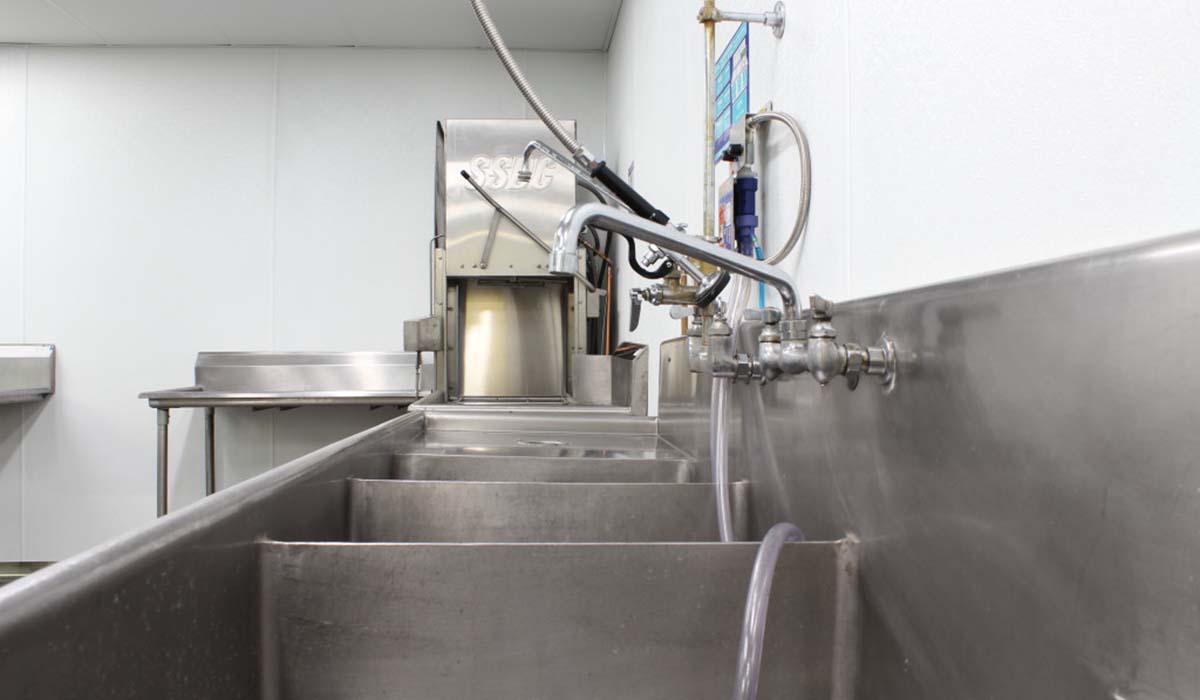 Everyone in the industry has a first job story – and I thought I’d share introduction to restaurants via the dish pit. Write in to blog@poachedjobs to share your first steps into the world of restaurants.

My first restaurant job was working the dish pit at a small family restaurant outside of Dayton, OH. It was summer and I was 15 years old with no experience, a hand-written resume (my mother was a reference) and a work-permit. I was damn excited to get my first job (even if I only used the word “dang” at the time.)

The interview process was pretty straight-forward. The manager introduced himself as “Bruce” and led me into the kitchen, around a corner and over to the dish station.

“Okay” he said. “You fill this rack with dirties, spray ‘em with this hose and push it into this box. Pull the lever and close it until you hear the water blowin’. When it pops open pull the rack out and do another rack. You can handle that?”

I thought about it carefully. “Yes?”

“Great, start now” and he walked away, leaving me with the machine. I stood there for a moment wondering what was supposed to happen next. Wasn’t there going to be a handshake and some kind of motivational ‘work hard and you’ll be running this place’ kind of speech? The crash of a pile of dirty dishes in a black bus-tub answered that question. I settled in and got to work.

It was pretty easy work – at first. The restaurant had a team of bussers, all hispanic guys who only spoke Spanish. They’d rush in with black tubs full of dirty dishes and glasses. They didn’t even bother to wipe the food off – I guess that was my job. After I ran a load they’d come and grab the clean plates from the other side and restack them in the kitchen. My job was to scrape the plates, rinse them and pull the lever on the dishwasher. I made something like $4 an hour and got a free meal and as many Cokes as I could drink.

The best part was the free food. At 15, food was a pretty motivational thing. Not only was I getting a free meal at the end, but also an endless supply of snacks from the kitchen. There was a small pass in the wall between the line and the dishpit, ostensibly for plates to be stacked. The cooks would shove misfires and and returns (they didn’t really make this second category clear to me at the time) into the pass. When I think about it now, I was probably supposed to throw the food away…

By dinner rush I was getting pretty busy. The tubs came one after the other, crashing down on top of each other. I tried to make things move as smoothly as possible, rinsing the next rack as the machine did its job. The problem was I only had four racks, and ran out of room to rinse plates as soon as it got busy. I then tried to stage out the dirty plates, scraping them ahead of rinsing, but even this became too much to handle. The more weeded I got, the more dishes came. The bussers sensed my panic and started giving me bits of encouragement in broken english.

I remember being particularly pleased they’d already given me a nickname: “Holmes.” Maybe it was the glasses? Maybe I just looked smart. “Darse prisa Holmes!” They were good guys.

After the rush and the kitchen was calming down, the bussers still came at a furious pace. The dishes stacked up all around me. The trashcan was overfilled. It turns out that was my job, too. After a run to the dumpster out back I returned to find the bussers hanging out in the pit, smoking cigarettes. And that is how I learned to smoke…

At the end of the night I was covered in other people’s dinners, dirty dishwater, and sweat. Bruce came by and pointed out all the parts of the dish pit I needed to have cleaned better. Finally, after scrubbing everything twice I was done for the night. Bruce called me over.

“Nice work. Do you want to be on paper or can I just give you cash?” He held out a ten and a twenty. I wasn’t sure what “paper” meant, but I knew what $30 was so I took the cash. Turns out most of the bussers worked for cash, too.

Walking home in the humid Ohio night, I kept thinking about that $30. What was I going to do with it? Where could I go? In that moment I felt like I could go anywhere.

Have a first timer story to tell? Hit us at blog@poachedjobs.com and share it with us!