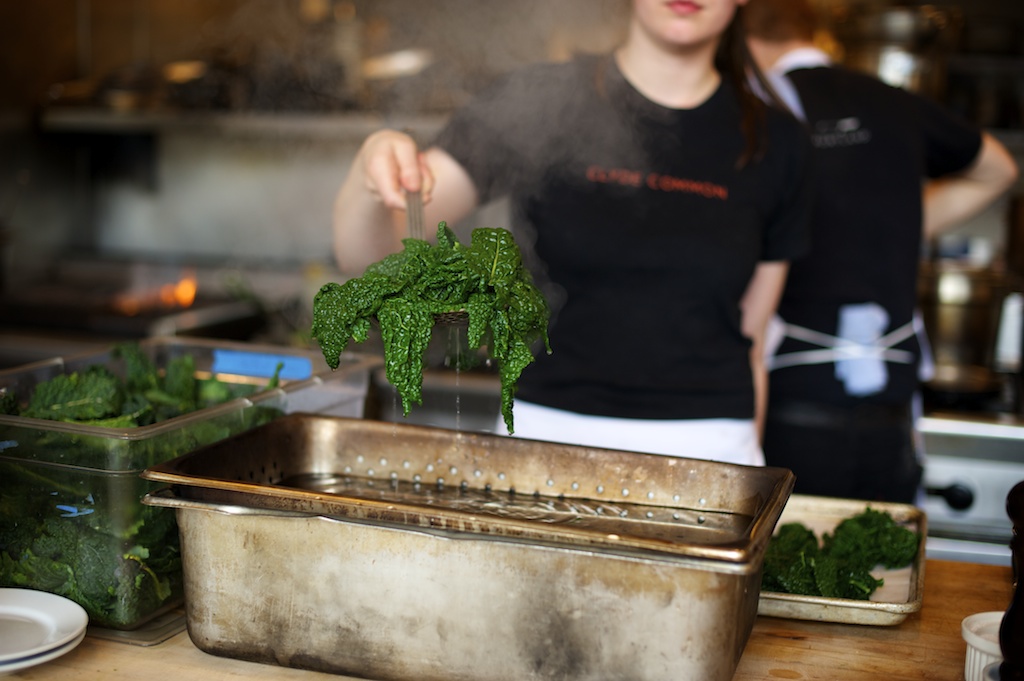 Prep Cooks are the backbone of the kitchen. They break down the proteins, start the stocks, chop the vegetables, keep the walk-in organized, and do just about anything else that needs done. An experienced Prep Cook makes their job look easy – almost too easy, even though it’s one of the toughest and most exacting roles in the modern kitchen.

Here’s a few reasons why Prep Cooks are awesome:

They keep the trains running on time
The prep cook is responsible for just about everything before it goes to the line for service. Today’s soup? Prep Cook. Minced onions? Prep Cook. Bread? Pasta? Sauces? Prep Cooks do it all. And if that’s not enough, many also manage the ordering, organize the walk-in, and conduct inventories. Without someone handling all the infrastructure even the best kitchen is going to be off the rails.

They come in early
Most prep cooks are the first people into the kitchen each morning. This means they have to deal with whatever the closing crew failed to do. If the Line Cooks left a mess, forgot about the stock or didn’t put everything away, it’s the Prep Cooks that find it. While most cooks work hard to ensure a clean station at the end of their shift, things get missed – but then fixed by the Prep Cooks.

They stay late
If the line runs through a necessary item, they’ll step right up and make sure it gets done. While it might look like a kitchen job with regular hours, many prep shifts go long in order to get the job done. Stocks and braises can take hours, if not days, and it’s the Prep Cook that keeps a steady eye over everything.

They know their shit
The Prep Cooks know the foundations of the menu better than anybody. Every stock, every herb, every protein passes through their hands. If something is wrong – like the wrong fish was delivered – it’s the Prep Cooks who’ll notice first. When the season is winding down on tomatoes, they’re the ones who’ll let you know.

They play the best music
Ok, so this might be a bit subjective, but when it comes to tunes at work Prep Cooks have it down. Different Prep Cooks go in different directions: Heavy Metal, Hip Hop, Way More Morrissey than you’d expect, but all of it sounds great while working. It’s as if they optimize their music for getting shit done (even Morrissey!)

If you have an unstoppable prep cook, let them know it by tagging them in the Facebook comments.