Home » Blog » Industry Life » What Working in a Restaurant Taught me

What Working in a Restaurant Taught me 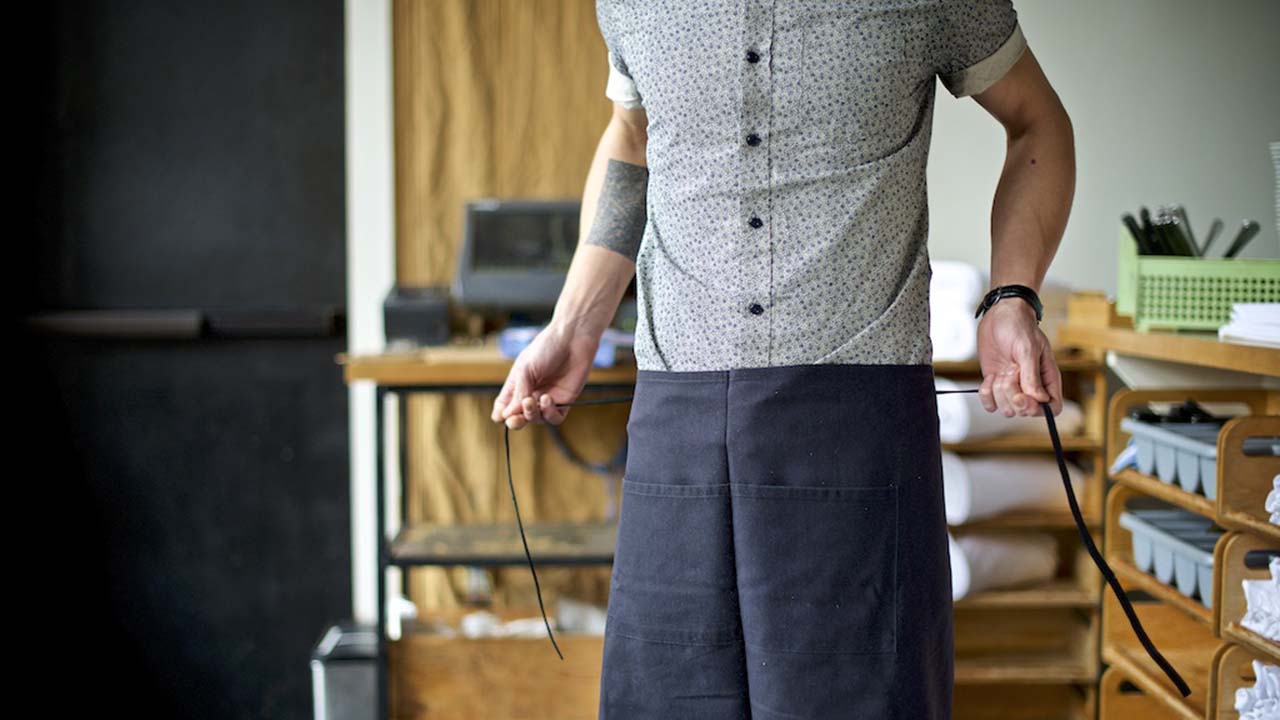 Working in restaurants taught me everything I needed to know.

When I took my first job in fine dining, I had little to no experience with much of anything upscale. My culinary experience had been a series of pizza joints – and I had the flour-caked sneakers and burn-lines on my forearms to prove it. Those jobs were good for me, but I was ready for the next step. Soon, I found myself bussing tables at the kind of place that used white linen tablecloths and set the tables with more forks than I was used to.

My education was about to begin.

My first lesson was everyone must earn their bones.
I wanted to wait tables, for the money, but I had to earn my way up. So if I wanted to wait tables, I needed to be a great busser. I took on back-waiting tasks like dropping glasses of wine, running food and making sure the kitchen had plenty of water/soda during service (and then pitchers of beer afterwards.) All the while the more experienced servers taught me about the wines and cuisine even though my attempts to pronounce anything French caused eyes to twitch on both sides of the Atlantic.

Eventually, they thought I was ready. My pronunciation still lagged below what was acceptable, so I drew breakfast shifts with the right to sub in for open brunch shifts. I’d crawled up from a beer league to Double A. It’d take more work to get dinner shifts, but I was determined to earn my way.

My second lesson was people skills.
I’ll admit it. I like dogs more than people. If I’m at a bus stop with a stranger and a dog, I’ll talk to the dog while avoiding eye contact with the person. My highest rated Uber rides happen after the lowest possible amount of conversation. But to wait tables, one must learn some people skills.

I didn’t have the best examples to follow. One server, Jim, was rockstar handsome. Wavy surfer hair, dark eyes and a jawline for days. He could basically get away with anything. He told me if a table started to go south, just wink at them. It turned out he was living in a bubble of beauty and when a skinny, scraggly, formerly at-risk looking rookie server with second hand clogs and a stain on his shirt winks, it has a slightly less placative affect.

What I learned was to find my own way of dealing with people, and it wasn’t by being myself. In fact, my manager once told me “don’t be yourself, ok?” I developed a service-friendly version of myself. I was clear spoken, half-smiling and unflappable. I learned to make sly jokes and to make fun of myself when mispronouncing anything French to put my tables at ease.

My third lesson was how to fuck up.
It turns out that everyone fucks up – this is an important realization. As a culture, we try to teach how not to fuck up. Instead we should be teaching the opposite, that is, how to fuck up. Fuck ups tend to cascade, each little fuck up begetting another one until it’s a veritable bible chapter of fuck ups. The trick is to realize you’ve fucked up, communicate the fuck up to anyone who may get fucked over by the fuck up, and then to fix the fuck up with grace.

If you forget a substitution and a plate comes back, just own it, get it fixed and get back to work. Too many times people are tempted to try to either hide their mistakes, or they try to do a half-assed job of trying to fix their mistakes, making the whole situation worse than it needed to be.

My forth lesson – it’s all about trusting the process.
In a restaurant, no one is an island. Everyone is either working together, or the whole system fails like a Cleveland Browns home game. Everyone has a role to play and every role matters. The important lesson here is to trust your workmates. Step up when needed, but don’t be a hero.

If you see a section crashing and burning, make sure you’re watering your own tables and bussing dishes out of your own section. This may seem counter-intuitive, but if you have a busser, you should let them bail waiters out of the weeds. If you “step up” to save another waiter’s section, the busser is probably trying to save yours. What is better is to get your section in the clear so the busser doesn’t have to spend time on your guests – freeing them up to move to the real trouble spots.

It’s a zone defense, after all. The best thing you can do as a teammate is stick to the plan. If someone asks you for help, help them! But if not, you need to trust the process.

My fifth lesson – these people are my family now.
My first crew was a motley lot, to say the least. We were the stereotype Bourdainian crew, BoH and FoH both. We drank too much, did too many drugs, were too loud in bars and didn’t bother to get enough sleep whenever pulling a clopening shift. We were a total mess. But we were, as a team, deeply and madly in love with each other.

Through the years, that crew grew up (but we miss those who didn’t get to). A lot of people ended up getting married, having kids and buying houses in good-enough school districts. A few people went on to open their own restaurants, starting up the whole cycle all over again for the next generation of restaurant workers. Occasionally, I still run into an old workmate on the street or at the grocery store. We’ll say hello and remark how good everyone looks and give each other that nod that says ‘hey, remember doing nitrous hits off the whipped cream canister and then trying to take table 16’s order?’

I’ll never know anyone as well as someone I worked a Sunday Brunch with.