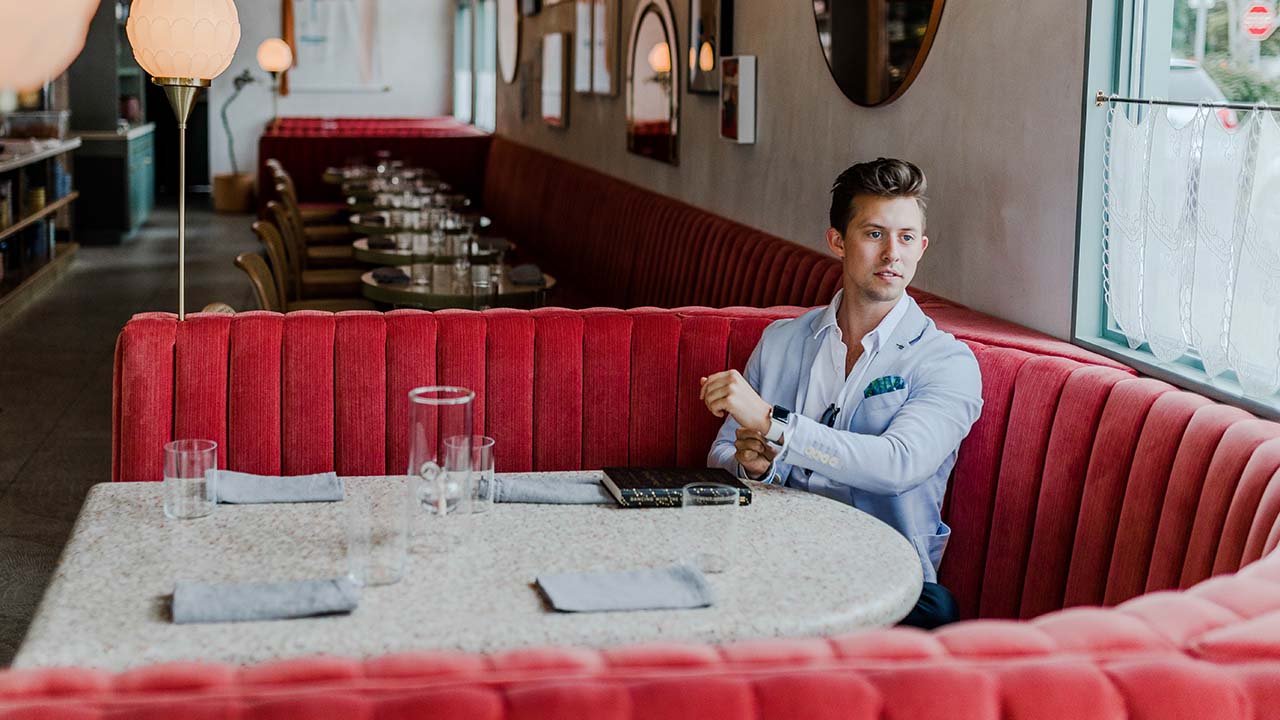 In a perfect world every table would be model diners, but in reality some tables require all the patience you can muster. The trick is to learn how to shift your service technique.

When you’ve worked in the service industry long enough, you’ve seen some things that will haunt you. As in the you-don’t-know-man-you-weren’t-there kind of haunt you. Luckily, you begin to pick up on certain customer traits that can be very telling as to how they’re going to interact with you. It’s the nuance in their body language and their tone of voice that clues you into if your table is going to be delightful, or go from zero to “I wanna talk to the manager” in 60 seconds.

There are endless types of tables that are a pain in the ass, but here are five common ones and how to deal:

The ‘lack of table manners’ table
Every once in awhile, you get that table that’s just straight up grumpy. They behave like they were raised by wolves or Twitter users. You head to the table, all cheery, and say, “Hi there, how are you today?” and they shoot back “Ice Tea. Grrrrr. No sweetener.” By completely ignoring your efforts toward good service, they leave you to question what you did wrong, perhaps even a little offended… Don’t fret though, it’s not you, it’s them.

When I experience this type of table, I usually take the hint and just give them the bare minimum — friendly, attentive and timely service, but with little personal interaction.

The ‘sit at a dirty table’ table
Groups that sit down at dirty tables are obviously taken over by the fear of missing out on a good night. By sitting down when a table isn’t ready, their impatience creates pressure for you to get to their table as quickly as possible – compromising service to other tables and stressing you out.

With these tables, I do get to them as quickly as I can and I make sure to let them know that I will take their order as soon as I clear the table. This way they feel acknowledged and I have a little time to catch up before taking orders.

The ‘moveable feast’ table
There are usually good reasons a host seats a table where they do. Tables are essentially real estate.  When a customer decides they don’t like where the host sat them and then moves, their need to wander from table to table as if trying to find one in a better school system, but with lower taxes, can really throw off the flow of what was beginning to be a good night. But hey this is the restaurant industry and we’ve got to roll with the punches… pretty much every night.

When this happens, I usually let it slide but give them a friendly warning that their server might be a few extra minutes. While I don’t believe the customer is always right, sometimes you just have to pick your battles.

I grab a bar towel, go to the basement storage room and proceed to scream loudly into the towel

The ‘late for their reservation’ table
Many restaurants that take reservations have policies in place so if a reservation doesn’t show in a window of time, they lose the reservation. But I’ve worked at plenty of casual places that don’t have any policy and nothing is more stressful than giving up a reservation, only to have that reservation show up an hour or two later demanding their table.

There are policies in place so that the business can function smoothly, and when a reservation doesn’t give a heads up that they’re running late, you shouldn’t be expected to have kept their table 2 hours later. I usually apologize, tell them the truth about the situation and then give them the option to wait for an open table. There really is nothing more you can do.

The ‘guest of honor’ table
When a table asks for something off-menu or for a special request and then says, “I know the owner, are they here tonight?” 90% of the time this is a power play. The customers are trying to let you know that they’re special. This can be the hardest one to keep your cool about, because everyone knows the owner — I even know the owner.

For this situation, depending on how many times I’ve heard this claim in the night, I grab a bar towel, go to the basement storage room and proceed to scream loudly into the towel. Then I shake it off, go back to the table and say, “I’ll see what I can do.”
The good news is, these tend to be rare occasions — though frustrating when they do happen. Typically customers go out to eat because they want to have a great time. Working in a restaurant can be rewarding in that you get to help facilitate that great time – so don’t let them get you down!