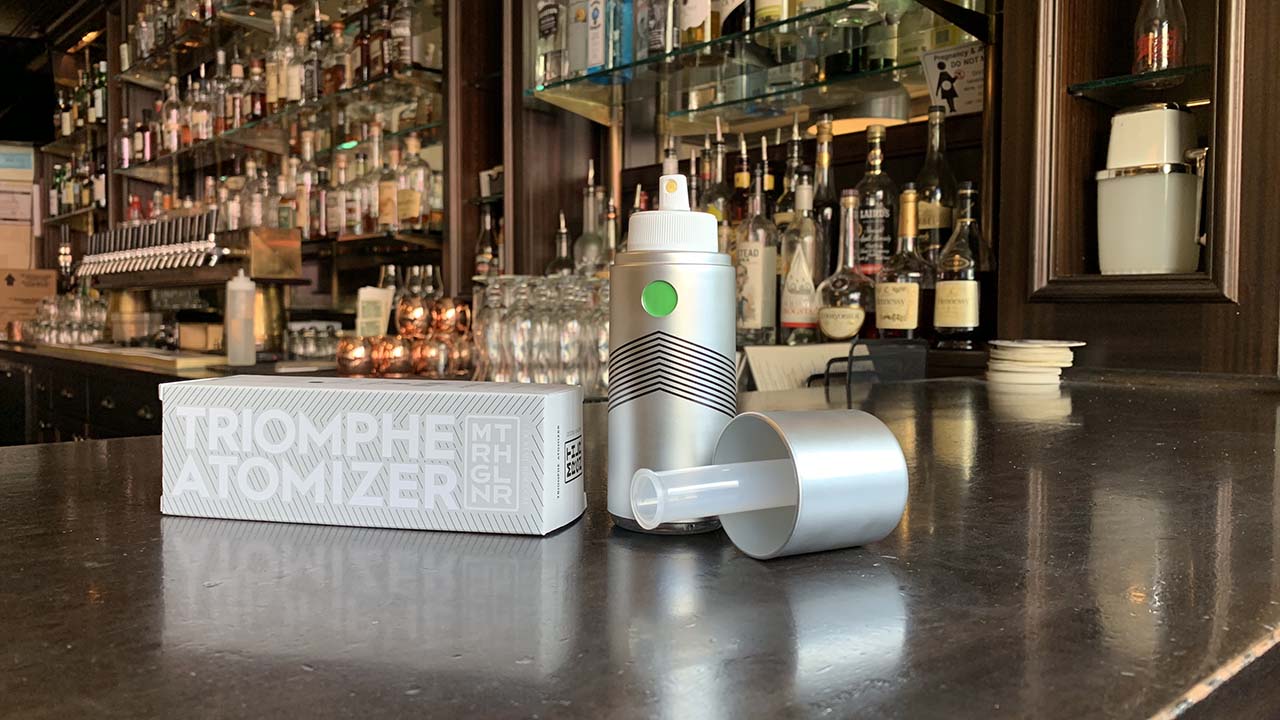 The Jeffrey Morgenthaler Triomphe Atomizer goes beyond the basics. Shakers, strainers, pour spouts and a paring knife are generally all one needs to get a bar station up and running. That doesn’t mean bartenders don’t like cool toys though.

Cocktail Kingdom and Jeffrey Morgenthaler have reimagined barware – and one tool that caught our eye was the Triomphe Atomizer. We’re a fan of the subtle wisp of pastis in Sazeracs – or if we’re going all extra, a dash of vermouth in a martini. The trouble with both drinks can be the uneven application of the modifier, throwing off the whole balance of the drink. That unhappy result means we have to finish our cocktails and make another round – at least until we’ve gotten it all dialed in.

The Triomphe Atomizer makes dosing the glass more precise than dripping vermouth into the martini glass and swirling it around or using that oh-so-precious perfume atomizer that looks like it was shoplifted from Needful Things. The Triomphe is a good example of how something new can be brought to classic bartending without going the direction of tweezering garnishes on top of a flip.

The design is simple. It’s a sleek silver cylinder that fits neatly into one’s hand. Even empty, it has a little weight to it, preventing it from feeling cheap or flimsy. While we didn’t drop-test this, it feels sturdier than a sorority girl’s phone at a party. 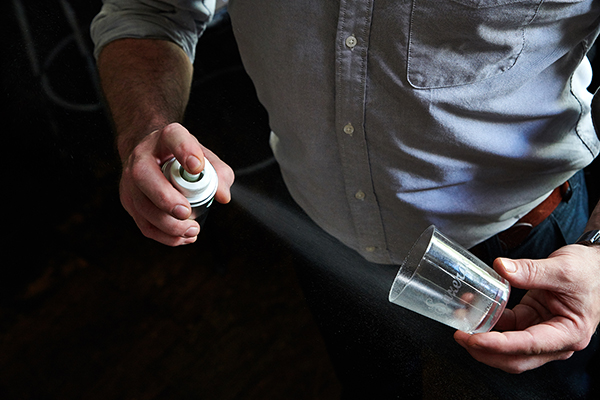 The operation is also simple, just fill half-way and then use the pump (cleverly concealed by the lid) to pressurize. Once it’s ready to go, press on the nozzle and the Triomphe emits a perfectly even mist. According to the box it holds a maximum charge of 2oz. (We didn’t confirm that as my coworkers yelled at me for misting the office with water before it was fully empty.) On the side is a rotating window that shows four different color labels, allowing the bartenders to signal which atomizer contains what.

Overall, The Morgenthaler Triomphe Atomizer delivers on its premise: better tools to give bartenders what they need to make better cocktails. Pick one up online at Cocktail Kingdom.