A Brief History on the Fight for $15 Movement 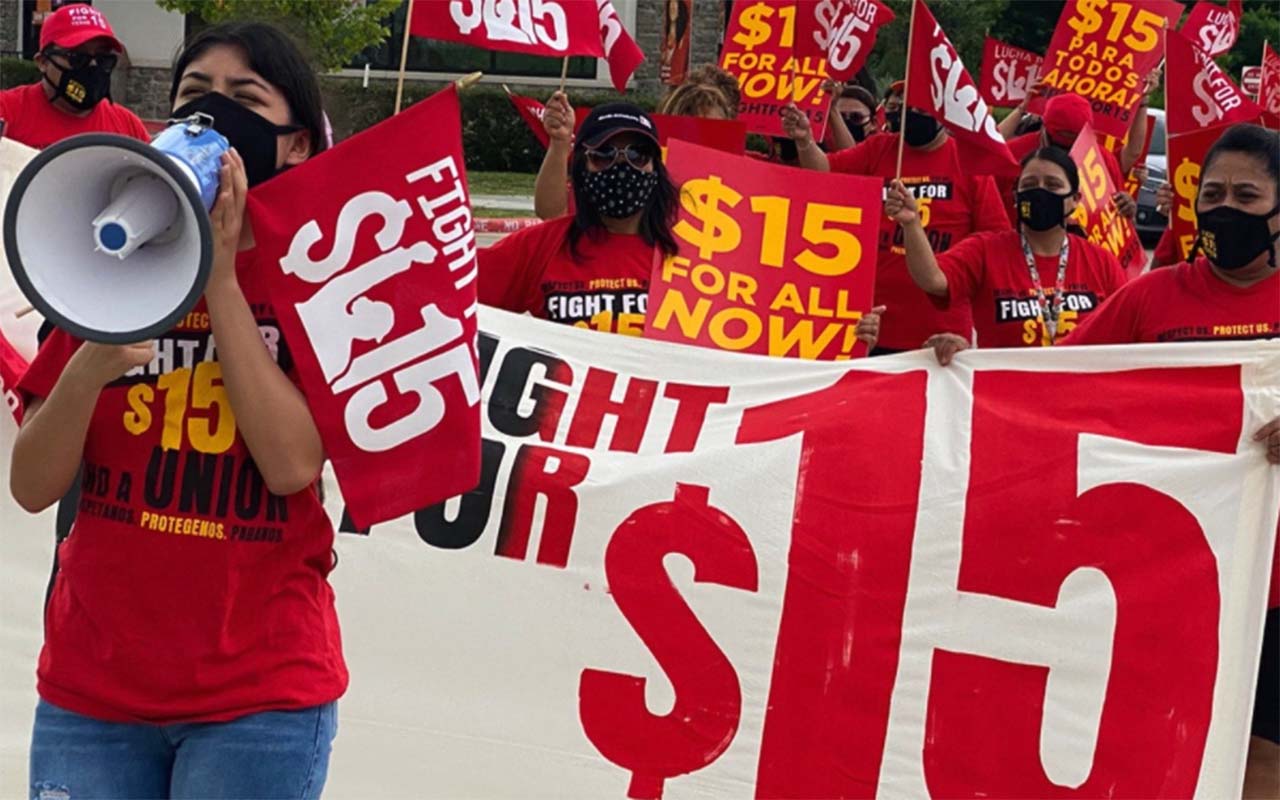 A brief history on the Fight for $15 movement, how it started, and where it’s at today.

The Fight for $15 movement has been organizing for almost a decade now — and with good reason. As the cost of living continues to go up, the federal minimum wage hasn’t budged since 2009, making it harder for minimum wage workers to keep up financially. The Fight for $15 has significant roots in our industry and has grown exponentially over the last nine years to become a global umbrella movement supporting smaller organizations nationwide. No matter the size, the goals are the same: Raise the Federal minimum wage to $15 an hour. So here is a brief history of the Fight for $15 movement and its achievements to date.

Learning a bit about the federal minimum wage, in general, can help contextualize why the Fight for $15 has become an essential movement in recent US history. So let’s segue a bit. In 1938, the federal minimum wage passed in congress with the Fair Labor Standards Act — marking a significant shift in US labor policy. The idea was that there should be a floor to what a working US citizen is entitled to earn. In the first 30 years, the minimum wage kept up with inflation until 1968, when the minimum wage peaked in purchasing power. From this point on, the minimum wage stopped increasing with the cost of living — leading us to today, where thousands of hourly workers live below the poverty threshold.

The Fight for $15 movement can be traced back to a single protest in 2012 when 200 New York City fast-food workers walked off the job to demand $15 an hour and to unionize. The protest was led by the Fast Food Forward movement, organized by social groups New York Communities for Change, United NY.org, the Black Institute, and sponsored by the Service Employees International Union. Some even credit the Occupy Wall Street Movement and their work shedding light on economic injustice within the US as a major influence on the Fight for $15 movement.

What began as a protest specific to the fast-food industry strung a chord nationally and across sectors. The initial demonstration in 2012 gained national attention, and soon workers from other industries — including retail, healthcare, childcare, airports, construction, and many more across the nation — began to join in on the movement. On April 15, 2015, workers across industries organized a one-day demonstration that spanned over 230 cities across the US, demanding a $15 minimum wage. According to the National Employment Law Project, this day became the largest low-wage worker protest in US History.

The Fight for $15 movement has gained momentum, and, most importantly, support from US Senators needed to provide political advocacy to get the thing done. But, there’s research and arguments for and against raising the national minimum wage influencing politicians on both sides of the debate — which is why we just haven’t gotten there as a nation.

The arguments for raising the minimum wage are honest and compelling. As inflation continues to rise, thousands of minimum wage earners, most of whom are adults, are falling further and further behind the poverty line. While it’s easy to understand how raising wages would positively impact thousands of people nationwide, the arguments against raising the minimum wage do hold some weight in that the cost of living isn’t the same from place to place. Raising the federal minimum could hurt small businesses and cause higher unemployment in more rural areas.

The last push to increase the minimum wage to $15 an hour was just this year when the Biden Administration and the Democratic party tried to include the Raise the Wage Act of 2021 in the American Rescue Plan. The act ultimately didn’t pass because, in order to get the stimulus package through congress quickly, the democratic party used a fast-track process called Budget Reconciliation. Including the act to raise the federal minimum wage violated a strict budgetary rule monitoring what could be included in the package.

While the massive efforts behind the Fight for $15 movement have yet to raise the federal minimum wage, the movement has had considerable success at the local level. Eight states have implemented legislation to raise the minimum wage to $15 including California, Connecticut, Illinois, Massachusetts, New York, New Jersey, Maryland, and Florida. Many cities across the nation are following suit, including Seattle, Washington DC, and Pennsylvania for specific industries. The movement is making the noise necessary to bring significant change — and state by state and city by city, $15 an hour is becoming a reality.

There is so much more to say about the Fight for $15 movement, and the story isn’t over. The movement is still making history every day and bringing positive changes to employment and wages slowly but surely across the country. If you’re interested in learning more and checking out ways to get involved, visit the organization’s website here.