Home » Blog » Education » A Brief History of The Michelin Guide

A Brief History of The Michelin Guide 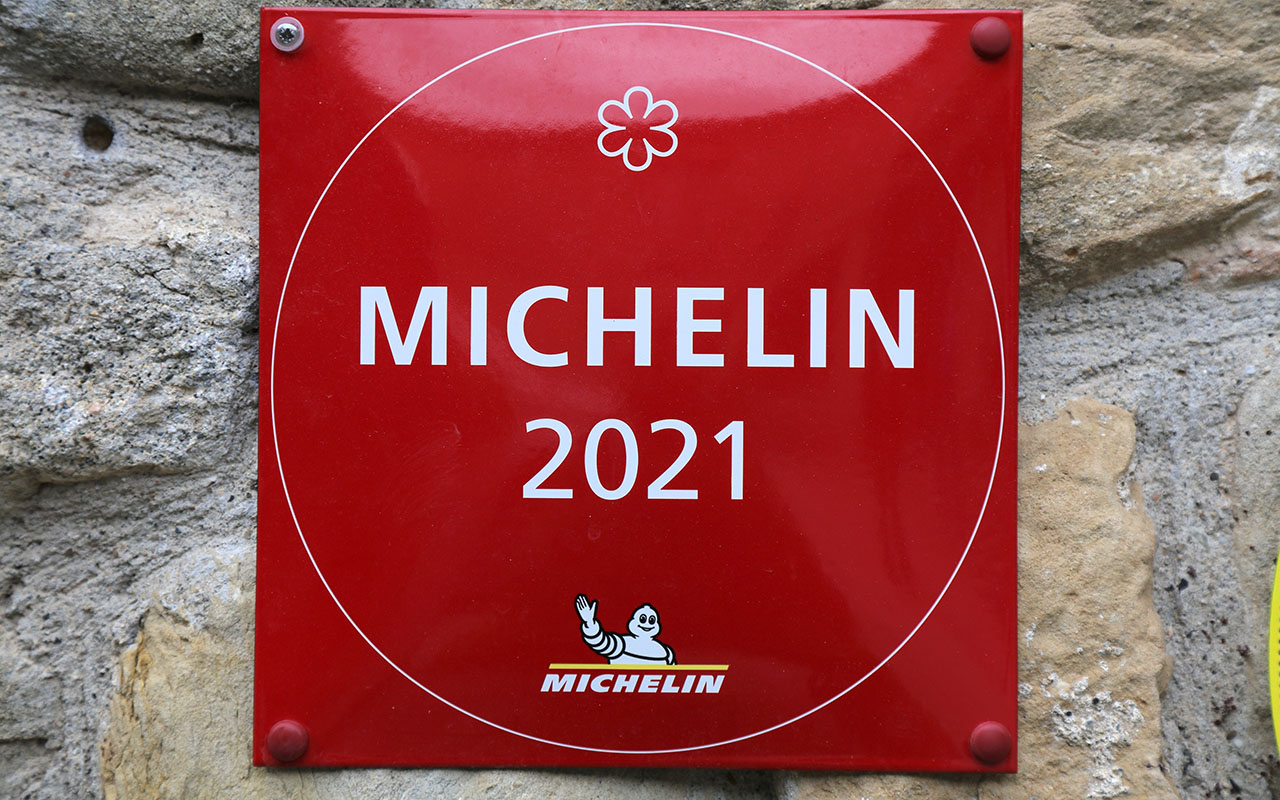 What’s the Michelin man have to do with restaurants anyways? We’re going to find out with a brief history of the Michelin Guide.

Do you ever sit back and think about Michelin star restaurants, and wonder why Michelin, the tire company with that weird mascot that looks like the grown-up version of Casper the Ghost, gives out such prestigious awards? Me too. This prompted me to dig a little deeper into the history of Michelin’s stake in restaurants and why Michelin Stars are so revered in the hospitality industry. So here it is, a brief history of The Michelin Guide.

For those new to the restaurant industry, and dining for that matter — The Michelin Guide is a guidebook published annually by Michelin that’s been printed for over a century. The guide offers a list of dining establishments accompanied by summaries and an extensive symbol system — one of which is the Michelin star. Receiving a Michelin star is considered a top honor to any hospitality establishment, as it’s a globally recognized symbol, awarded to only the most excellent food and drink establishments. It goes without saying, A Michelin Star is one of the most significant achievements a restaurant can get in our industry — and they don’t come easily.

Now that we’ve covered the basics of what the Michelin Guide is, we can start to look at the history of the guide to understand how a tire company gained any authority in putting a restaurant on the global map — and maps are a big part of the answer.

Back in 1889, at the start of the automotive industry, The Michelin brothers Andre and Edouard, founded Michelin in Clermont-Ferrand, France. As is the fashion of many entrepreneurs  — the Michelin brothers wanted to promote more travel and therefore increase car and tire sales, so they created the Michelin Guide. The book served as a helpful (and free) handbook to help travelers plan out their trips and included information like maps, where to find fuel stations, and recreational places to visit.

As per the Michelin Guides website, the Michelin brothers published a new version of the guide in 1920 and tacked on a cost of seven francs after Andre caught a tire vendor using the free guides as a support for a workbench. Andre believed that adding a price on something increased its respectability.

The new, costly Michelin Guide incorporated a list of hotels and restaurants to visit, a feature of the guide that became increasingly popular. Leaning into consumer demand, the brothers decided to hire a team of “mystery diners” to visit anonymously, and rate restaurants. By 1926, the Michelin Star was born.

In the beginning, there was only ever one Michelin Star granted to fine-dining establishments. Within a few years, the guide built out the three stars ranking system we know today, and by 1936 the criteria for each star ranking was published.

Even earning one Michelin Star is a tremendous honor and achievement for restaurants, so the ranking doesn’t indicate worst to best, but rather amazing to out of this world. According to the Michelin Guide site, one star means the restaurant has high-quality cooking and is worth the stop if you’re in the area. Two stars denote excellent cooking and worth a detour if you’re somewhere near the restaurant. Lastly, the creme de la creme, a three-star Michelin restaurant, is described as exceptional cuisine, and the experience is worth a unique trip of its own.

Michelin stars are granted strictly on the cuisine — inspectors do not consider other factors like service or restaurant design; there’s another symbol for that (covers). To earn a Michelin star, restaurant inspectors review the quality of ingredients, flavors, and techniques used in the cuisine, the representation of the chef in their cooking, value for the price, and consistency between visits. It is possible to lose stars and mainly comes down to inconsistency of the criteria previously mentioned.

And that wraps up the brief history of the Michelin Guide. Today, there are currently 132 Michelin three-star restaurants worldwide and they just announced their star restaurants for 2021 this last September. Michelin still publishes annual guides in 28 countries. In the US you can find guides in New York, Washington DC, Chicago, and California. Learning the history of the Michelin Guides doesn’t really make it any less random that a tire company started this award system — but hey, it’s still revered and respected today.