Poached Movie Review: Bradley Cooper acting like that dick chef we all know. 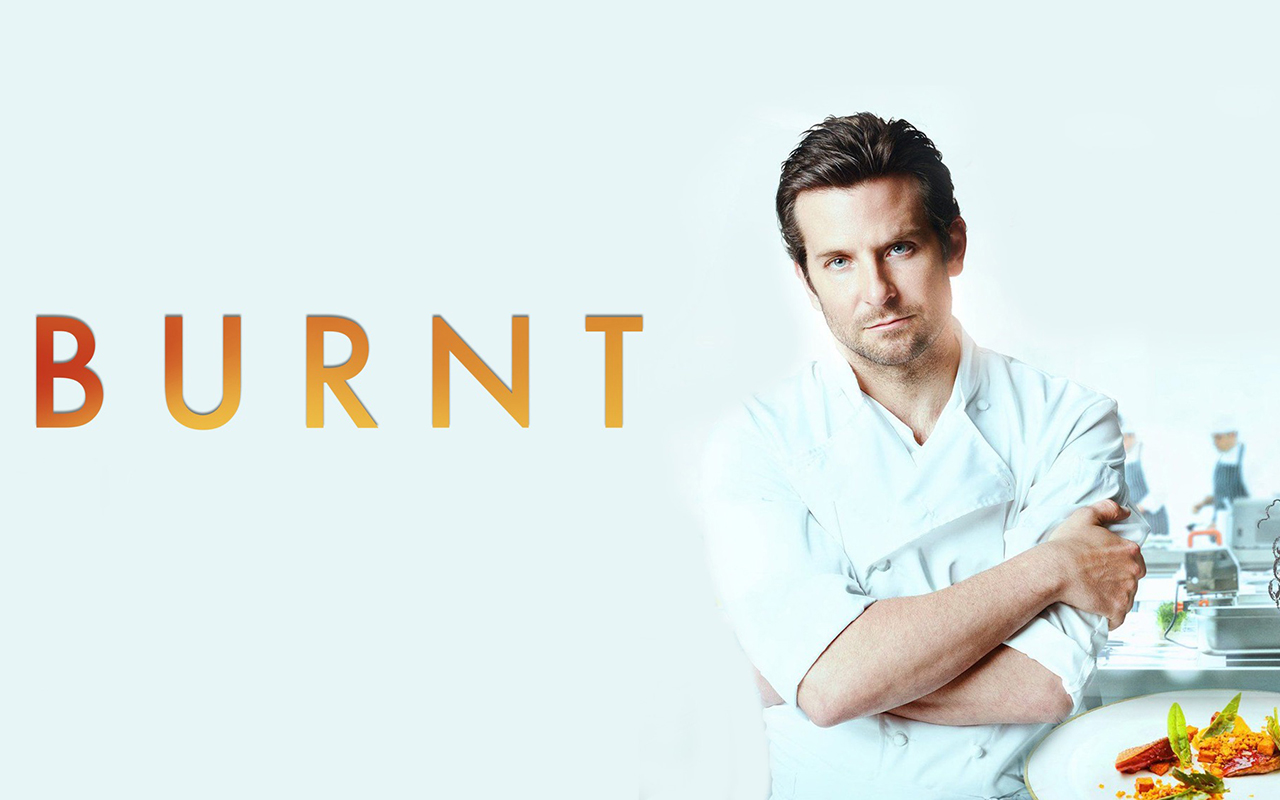 We figured with everything going on and us binging every video service on the planet, we might as well review movies about the restaurant industry. Get ready for a wild follow-up review of Simply Irresistible where Sarah Michelle Gellar befriends a crab.

The movie Burnt is a dramatic comedy (?) and a trashcan of a movie made in 2015 (sooo 3 decades ago). It’s about this dumb chef being an asshole to succeed. If you want to watch this dumb fucking movie then I must warn you; thar be spoilers ahead… maybe reading this will make you love it more, who the fuck knows? ¯\_(ツ)_/¯

It starts with a made-up quote about oysters, where our main character Adam (Bradley Cooper) is shucking his millionth oyster at a seafood restaurant in New Orleans. Apparently, he’s been keeping an oyster count in a little book, which sets the tone for a movie that is going to spend 90 minutes celebrating his fascinating quirks. I think we all know a charming eccentric— maybe even loved a few.

While seeking out his old boss in his hometown, Adam meets and immediately disrespects another chef (played by Sienna Miller, who is great in this movie). He TASTES HER GODDAMN SAUCE with his finger and tells her how to do her job. “Are you listening?” he adds to the most cringy interaction with a stranger ever. He sees her at a Burger King and waxes intellectual about fast food being like French peasant food and compares the consistency to sex, which feels so skeezy. This movie pushes the limits of how awful a character can be while still having the audience like him.

Adam basically extorts his way into employment at a restaurant. There, he talks a restaurant reviewer whom he has romantic history with into letting him cook for her. The incredible cinematography really shines here— shots of the food prep, kitchen or plates are really incredible. They took great time and care to really show the beauty and bustle of a great kitchen crew. It’s a treat to watch.

Now that he’s back in town, he has a lot of run-ins with people he’s screwed over. He meets up with and is an asshole to his old nemesis who’s running a successful restaurant across town. He goes to spring a friend from jail on a Ducati Diavel Carbon motorcycle (which at the time was roughly $22,000). We then segue into a montage of him finding ingredients, inspecting everything and generally striving for perfection.

Adam’s obsession over the review turns into cruelty. He uses manipulation to get Sienna fired so she can work for him. Shouting and throwing pans apparently expresses the passion it takes to achieve the unachievable. He loses his temper and blames the crew for everything. Are they learning or being abused? It’s gross, cruel and pointless. He says only arrogant people who stick up for themselves can work in his kitchen, but when Sienna tries to stop the abuse he yells, “You don’t get to talk back to me!” and then roughs her up a little (watch a clip of us reacting to that here). Sienna quits because he has the demeanor of a rich lady’s toddler whose daddy invented the yacht before divorcing mommy.

The review comes out and it’s scathing; it’s inferred that this is his past coming back to bite him. The reviewer ex (Uma Thurman is in this? I completely forgot) says the food is underwhelming perhaps as revenge for his past indiscretions. We find out he had a difficult childhood, because we need at least one reason to not hate this character. This bothers me— if we’re blaming all his setbacks on his past, why is he STILL a dick to everyone? I don’t need all my movies to make emotional sense but I think these two concepts bump. They make a real effort to avoid him showing remorse or guilt. However, he does beg Sienna to come back, offering to triple her salary after it had already been doubled. What was she making??? LOL $50k to $100k to $300k? Nice.

Will we all be abused to make more money? Is a respected staff only capable of mediocrity? Must we celebrate the wicked because we want the food that that kind of insanity brings? Is it necessary to be this way? As I contemplated this existential question I caught the line “sometimes the Michelin Man can even be… A WOMAN.” Got a good chuckle out of that.

Sienna is a force to watch. They’re both amazing actors, but Sienna’s part has more depth to it. I asked myself why the fuck this movie isn’t just about her but they didn’t ask me before they made it. There are moments in this movie that make it hard to hate. The family meal is definitely one of them. It’s hard not to feel the community and the family that you’re witnessing… thinking back to the moments you shared with your team. You can tell that sharing the heart of a restaurant remained a priority of the film.

But where it wins as a love story to restaurants, it consistently decides to make the wrong choice every step of the way for the characters, how they interact with each other, and the impact of those interactions. An individual character can be complex and interesting (Sienna), but you constantly thrust her into situations that don’t make sense.

To keep from spoiling the whole thing, I’ll say that the big betrayal at the end actually cracked me up the second time around (I had to watch this bullshit twice). I assure you if you’re a cynic or you’re feeling a little callous – this movie will annoy you to no end. There are glimpses of real authentic moments. There are bits of a character you were or once loved in your life. They cover all the bases in a desperate attempt to strum your heartstrings – and god dammit, I didn’t mind.

Then in the end, just like the ancient fable of ‘Fast and Furious Presents: Hobbs & Shaw’—Adam Jones learns the power of teamwork. Honestly I’d put this movie on with the sound off, while I cooked dinner…