Filipino Food Finally in the Spotlight

Chef-Owner Carlo Lamagna opened Magna Kusina in Portland, Oregon in 2019 with the simple premise of honoring his late father by sharing the cuisine and the culture of the Philippines with everyone.

It’s May, which means we celebrate Asian American Pacific Islander Heritage Month, where we recognize the contributions these minority groups bring to the table. While there are such a variety of cuisines that we can showcase, we will highlight one that is finally starting to get the recognition it deserves. We interviewed Carlo Lamagna on why it has taken so long to get Filipino cuisine into the mainstream.

As a proud Pinay, I’ve always wondered how our food hasn’t quite blown up like Thai or Vietnamese cuisines. Why can’t there be just as many Filipino restaurants as Chinese spots? In recent years, society has only become more accepting and inclusive of different flavors. Thai food got palettes accustomed to pungent fish sauces. Korean food acclimated us to fermentation. Indian food to spices. Andrew Zimmerman and the late Anthony Bourdain were ahead of their time when they predicted that Filipino Food would be the next big thing in the culinary scene. The dishes vary from tangy, sweet to salty and sour but are always meant to be eaten family-style, with a full table and empty stomachs. 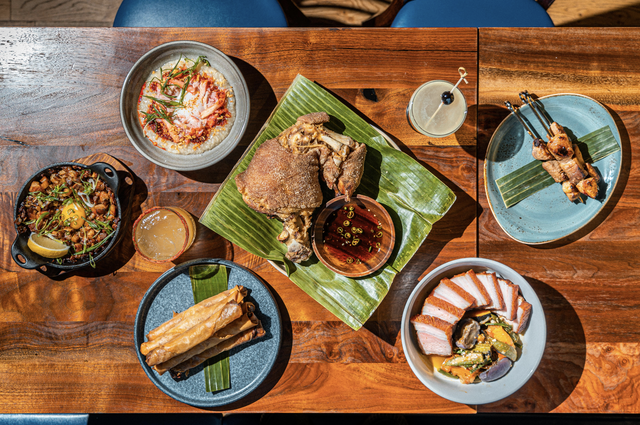 Filipino restaurants are beginning to gain accolades all over the nation. Lamagna attributes the success to a “new generation that is more willing to take risks and go beyond the traditional cultural expectations”. Carlo explained that a combination of having newfound freedom to try different employment fields, not just medical, with the rise in popularity of the celebrity Chef made it acceptable for our generation to pursue cooking as a career. “Also, a lot of these Filipino-American kids are rediscovering their culture through food”, Lamagna adds. It is an exciting time, our community is no longer assimilating to American ideals and taking the reigns. We are no longer cooking other people’s food and we want the space to make our own food.

Lamagna has been adding Pinoy touches across the menus he’s worked on throughout the years. He recollects the first dish he made being Tapsilog, a popular breakfast usually made with garlic fried rice, fried egg, and beef. He replicated the flavors but elevated the ingredients by replacing them with garlic couscous, fried pheasant egg, and pheasant. Using proper cooking techniques he learned from culinary school, traveling, and working in prominent kitchens like North Pond, Perennial Virant, and Clyde Common – Carlo began to develop dishes for these western menus with Filipino flavors. By adding crab fat to brussel sprouts or making adobo tacos with lengua, Lamagna acclimates palettes to these tastes almost tactfully. 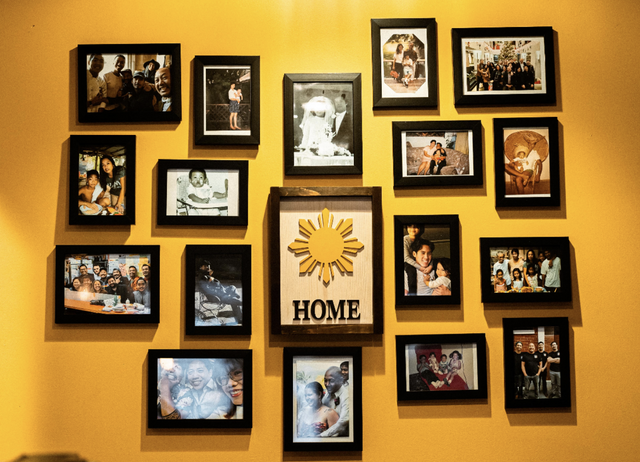 Before he passed, his father encouraged him to pursue his own culinary venture. Opening his own restaurant was a long-time dream that finally came to fruition in 2019. After a rocky start and a change of location, doors finally opened only to be shut down again shortly after due to COVID. Lamagna explains, “It wasn’t easy by any means. We just kept trudging through it. We applied for all the grants and assistance we could, and tried to use the funds intelligently.” His crew stayed small and tight which helped alleviate the pressure of it all. They made it work, and really well too. 2021 was an amazing year for the small team. The Chef-Owner was among Food and Wine’s class of Best New Chefs and named Restaurant of the Year in Portland. This year he is already been nominated for a James Beard. Just goes to show that talent and persistence go a long way.

Lamagna ran Twisted Filipino pop-ups for years which helped him hone his regional repertoire of dishes to highlight. It was these events that gave him the capacity to embrace his heritage and experiment with technique. He is giving back to the community by offering that same kind of arena to the next generation of cooks. “I simply opened my doors to allow other people to utilize the space for pop-ups. The mentoring aspect kind of comes along with it…simply helping others in their endeavors, to be available to answer questions they may have, and offering some guidance if needed.”

These modern renditions of classic Filipino dishes are gaining momentum across the nation. Washington DC’s Bad Saint has gotten people standing in line for hours just to taste the vibrant dishes. Musang is a Seattle hot spot to get a contemporary take on Filipinx cuisine with a pacific northwest twist. Kasama, in Chicago, just got a Michelin star for goodness sake!

“Filipino food is now on the rise. We are on the right trajectory. But that doesn’t mean that we stop now. If anything all the real work, all the important work is happening now to be able to make Filipino food part of the conversation. The next time someone says ‘Hey hun, where do you want to eat?’ We want to make sure that Filipino food is an option”.

As workers, chefs, owners, and consumers the contributions of Asian American and Pacific Islander communities have brought to hospitality are essential to keep the industry moving forward. We encourage you to seek out a Filipino-owned restaurant in your community and taste the culture and pride layered within our dishes, as it is always cheaper than a plane ticket.

Rebecca Gill began her love affair with restaurants at the ripe age of 16. Her dedication and hard work has directed her towards the administrative side of operations, where she helped train and educate team members. When not working, she enjoys cooking + eating, exploring and cuddling with her dog, Indiana.